France’s most powerful administrative court has refused the demands of Syria-based French women to be repatriated back to French soil with their families.

The Council of State rejected the calls on Tuesday in a short statement explaining that a French judge couldn’t make a binding decision on the issue as it involves “negotiations with foreign authorities or intervention on a foreign territory.”

The court said it “rejects the demands for repatriation made by French nationals and for their children, currently in Syria.”

At this month’s G7 ministers’ meeting in Paris, the issue of how to deal with suspected extremists and their families from Western countries who go to Syria was a bone of contention. The U.S. has called for countries to take back their citizens and put them on trial, if necessary, but European allies have largely refused. 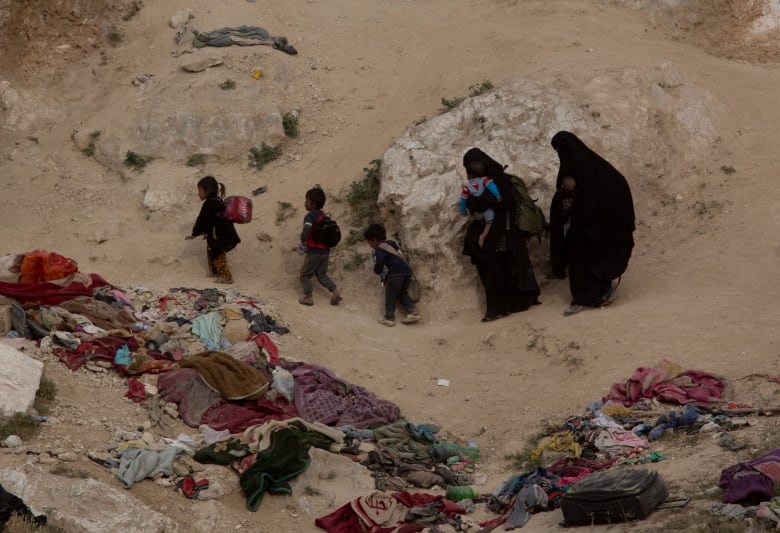 Women and children who left the besieged Islamic State-held village of Baghouz, Syria, scramble over a rocky hillside to be checked by U.S-backed Syrian Democratic Forces. Some women who travelled across the world to join ISIS are pleading to return home. Governments have been reluctant to allow their nationals back. (Maya Alleruzzo/Associated Press)

It’s believed about 5,000 alleged ISIS fighters and their families are being held in makeshift prisons in Syria.

CBC News has determined that as many as 32 Canadians are currently held by the U.S-backed Syrian Democratic Forces, a Kurdish-led group that’s been fighting ISIS.

Public Safety Minister Ralph Goodale said in a statement following the April G7 meeting that the ministers “resolved to strengthen our collective intelligence gathering and evidence collection; enhance detection of terrorist travel; and work to lay charges to hold them accountable for their outrageous behaviour.”

Goodale has previously said Canada won’t be rushed into a decision about repatriation.

“The fact of the matter remains that [Syria] is a dangerous and dysfunctional part of the world, and we do not intend to endanger the lives of our consular or diplomatic officials.”

Also on Tuesday, attorney Fehmije Gashi Bytyqi said Kosovo police and prosecutors questioned 11 women repatriated from Syria on suspicion of links to extremist groups in Syria, but they had not yet been charged.

On Saturday, 110 Kosovar citizens — four alleged foreign fighters, 32 women and 74 children — were brought back home with the assistance of the United States, the first such move for Europe. 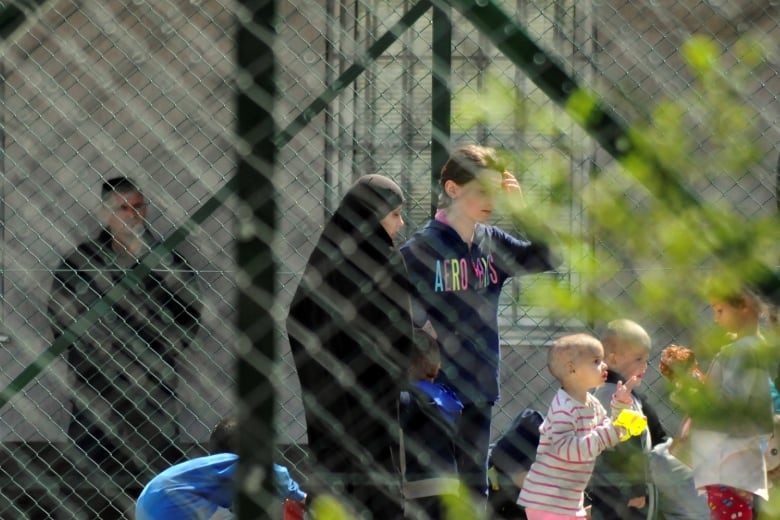 Police officers guard women and children who are relatives of Kosovo jihadists who returned from Syria. Kosovar repatriated 110 citizens from Syria over the weekend. (Laura Hasani/Reuters)

The four alleged foreign fighters have been arrested and sent to a high-security prison, charged with joining war zone conflicts.

The woman and children were sheltered at a camp and were expected to be released in the next few days.

Authorities say there are still 87 Kosovar citizens in Syria.