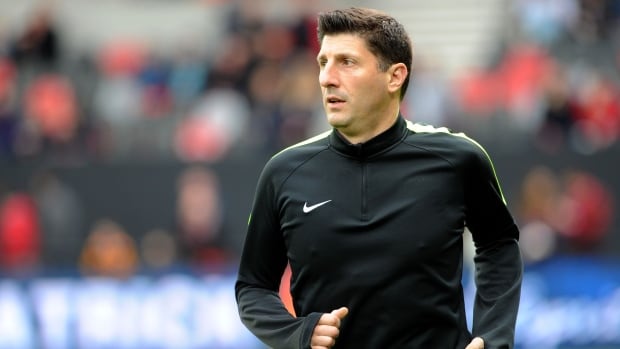 Referees have been told by the head of French soccer to ignore a FIFA directive and no longer stop matches when there is homophobic chanting.

Several league games in the top two French divisions have been halted by referees this season. But Le Graet wants referees to let play continue if there are more homophobic chants, starting from this weekend.

“To say that football is homophobic, and could be the only symbol of homophobia in France, that’s a bit strong. I don’t accept it,” Le Graet told France Info radio station on Tuesday. “We’ll make sure there are no more banners (in stadiums); that’s different. But stopping games, no.”

Le Graet said he is against homophobia but added that matches should be stopped only in cases of racism — such as racist chanting or monkey noises aimed at black players — or security problems such as fan violence.

“Stopping matches (for homophobic chanting) doesn’t interest me. It’s an error,” Le Graet said. “I would stop a game for racist chants, that is clear. I would stop it for a fight, for incidents, if there is a danger somewhere inside the stadium.”

FIFA earlier this year reminded federations and referees to follow a three-step procedure which allows them to stop, suspend and ultimately abandon a game if discriminatory behaviour persists. FIFA did not respond to an email requesting comment on the order from Le Graet, who is also a member of the world soccer body’s ruling council.

The Rouge Direct group, which campaigns against homophobia in French stadiums and sport, called on Le Graet to resign and withdraw his comments immediately.

Spokesman Julien Pontes said the group would go to court if he refuses to do so, saying it would argue that the FFF boss was discriminating between different forms of discrimination and making homophobia appear less of an issue than racism.

“He must leave,” Pontes said of the FFF head. “At a minimum, he must withdraw what he said.”

“Football should reconcile everyone. And I think that when football reconciles everyone, it should also carry our country’s values of unity,” Macron said. “I’m myself a football fan, I’m not naive. We know what it is when a stadium heats up, and sometimes the insults, to say the least, that fly. I’m not about to say that all this should end. But we can’t explain every day to our young people, and less-young people, that they must restore decency to the country, that they must stop the violence and to say at the same time that we must accept the worst.”

Maracineanu rebuked Le Graet and reminded him of his leadership responsibilities in the “fight against all forms of discrimination,” adding that she will continue to “watch over the protection of all our citizens.”

French anti-racism organization SOS Racisme earlier also hit out at Le Graet, saying in a statement that “his words contribute to undermining the efforts” made in the fight against all forms of discrimination — be it racism, homophobia or sexism.

The high-profile first division match between Nice and Marseille on Aug. 29 was halted for several minutes during the first half after Nice fans unfurled three banners with homophobic messages. There was also sporadic chanting against the French league with an anti-gay slur.

Le Graet urged stadium stewards and security officials to do a better job in preventing fans from bringing banners to games.

“Don’t come to stadiums with banners, it’s as simple as that,” he said. “We’ll make sure that they won’t be able to get in.”