Despite being associated with a "health halo," gluten-free foods marketed to children are often high in sugar and aren't nutritionally superior to regular products aimed at kids, a study has found.

About one per cent of children must avoid foods made with gluten-containing wheat, barley, rye and sometimes oats because of celiac disease, an autoimmune disorder that can cause serious damage to the small intestine.

But some parents opt for gluten-free foods for kids without the condition because they believe the products are healthier, said researcher Charlene Elliott of the University of Calgary.

"For many consumers, gluten-free is the new 'better for you,"' said Elliott, Canada Research Chair in food marketing policy on children's health. "But when you look at the nutritional profile of packaged gluten-free foods, this is not the case."

Parents of children with a gluten intolerance or sensitivity, along with those who purchase gluten-free products for other health reasons, need to carefully assess product labels when making purchases, she said, noting that her study found that about 80 per cent of child-targeted gluten-free products have high sugar levels.

The study, published online Monday in the journal Pediatrics, examined the nutritional content of 374 child-targeted products purchased from two of Calgary's largest supermarket chains, comparing packaged food items deemed gluten-free with those that don't make such a claim.

Elliott found that 88 per cent of the no-gluten products could be classified as having poor nutritional quality due to high levels of sugar, sodium and/or fat, based on criteria from the Pan American Health Organization. Many of these foods also had lower protein levels.

"This makes it challenging for parents of children with gluten intolerance and it also has implications for parents who mistakenly believe that gluten-free will confer health benefits," she said, adding that gluten-free foods are typically more expensive than regular products. 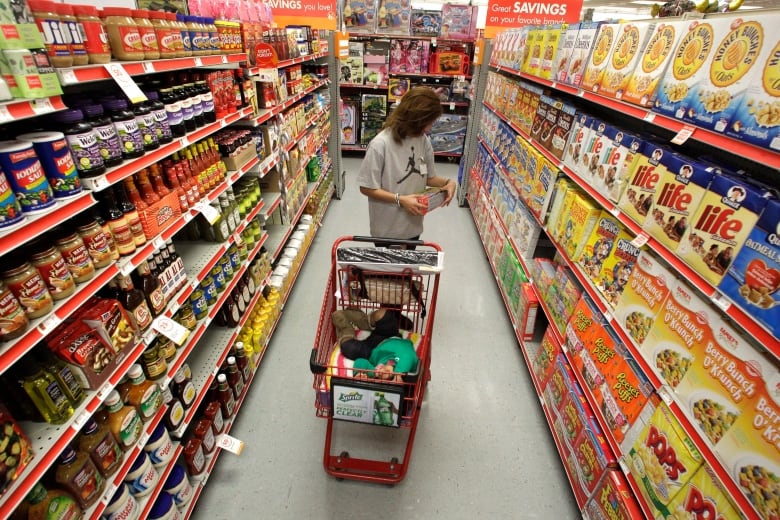 The sale of gluten-free products is expected to exceed $ 2 billion in the United States by 2020, but only six per cent of consumers say they buy the products because of a gluten intolerance. (Tony Gutierrez/Associated Press)

The research was sparked in part by trade and marketing literature showing that gluten-free foods are considered the fastest-growing food-intolerance category. Sales of gluten-free foods are projected to exceed $ 2 billion by 2020 in the U.S. alone, an increase of almost $ 400 million since 2015.

According to a 2017 report by the Washington-based Hartman Group, which tracks consumer trends, only six per cent of consumers who purchase gluten-free products do so because they have an intolerance or sensitivity to the protein.

"So there's this array of other reasons that have absolutely nothing to do with an actual gluten intolerance," she said, "but rather have to do with the marketing."

When she first did a study on child-marketed foods more than a decade ago, gluten-free wasn't even a noticeable category, said Elliott.

"But when you look at this dataset, almost one in every five products that we purchased that was aimed at children had a gluten-free claim. That's a huge jump in a fairly short period of time.

"It is important to unsettle the assumption that gluten-free food equals healthy food, which has functioned as an excellent sales tool for the food industry but does little to support public health."