Even playing on some of the world’s greatest stages, there were times Erin McLeod’s self criticism was so heavy that she didn’t want to play the game that she loved.

Through practising mindfulness, the veteran Canadian soccer goalkeeper not only rediscovered her joy for the game, but also unearthed a new passion to help young people overcome some of the same stress and performance anxiety she once suffered from.

“It took me a long time to figure a lot of this stuff out,” she said from Garðabær, Iceland, a municipality of Reykjavik, where she’s playing professionally with Ungmennafélag Stjarnan (on loan from the Orlando Pride of the NWSL).

“How you deal with mistakes, focusing on the things you can control, just these small things that make a really huge difference on the field, but also off the field.”

All the tools she learned in her playing career led her to The Mindful Project, a business she co-founded in March 2019 with Dr. Rachel Lindvall, a soccer coach with a PhD in mindfulness research.

Mindfulness, by definition, is being in the present moment without judgment. In these days of constant screens, jammed schedules and lengthy to-do lists (not to mention the pandemic), it sounds simple, but practising it — through meditations, breathing exercises, imagery, stretching, to name a few – can help relax the body and mind and reduce stress. 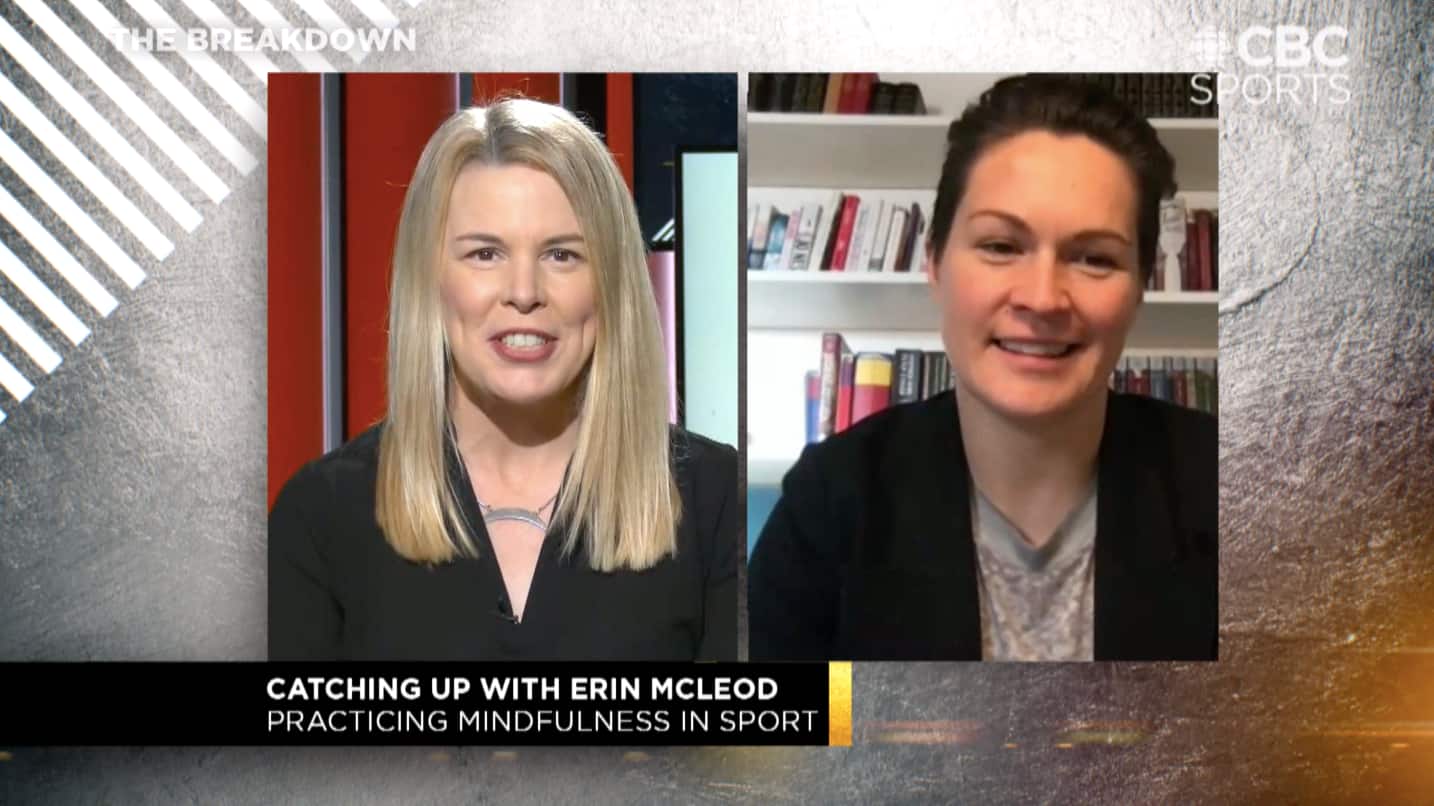 Canadian soccer player and co-founder of The Mindful Project Erin McLeod speaks with Signa Butler about how mindfulness can help high-performance athletes 6:36

The Mindful Project started out as a sports program for a younger demographic, students and athletes in the 8-14 age group, and received great feedback from Canada Scores, an after-school program for vulnerable children in B.C.

Now in Year 2, they’re launching a high-performance program, geared toward both individuals and teams age 15 and over who are eager to get more out of themselves. It’s a personal development course which digs deeper into your thought process and feelings, paired with mindfulness. It’s been a passion project for McLeod.

Her discovery of mindfulness dates back to the Beijing Olympics in 2008. She was the starting goalie for Team Canada at the tournament and was going through severe performance anxiety.

“I had put so much pressure on myself,” she recalled. “I remember before a game and just thinking ‘ugh, I hope I get hurt’ because I had reached a point where I wasn’t enjoying it anymore. Sure enough, I ended up tearing my ACL.”

Her injury recovery gave her time to think about how she could discover the enjoyment of football again.

“I started to look at my mindset and how I dealt with mistakes and how I talked to myself after those mistakes,” she said.

That self-discovery coincided with a pivotal time for the national team program. Just before the 2012 London Olympics, John Herdman had taken over as coach and he brought in renowned forensic psychiatrist and sports psychologist Dr. Ceri Evans, who worked with the New Zealand All Blacks, to try and jumpstart the psyche of the team.

“His motto was presence comes from being present in the moment, which was so true and so spot on in that time of my life,” she said. “Mindfulness is ‘the zone’ in sports. I started using a lot of breathing techniques and ways to quiet the mind and be in the moment. That’s how it started.” 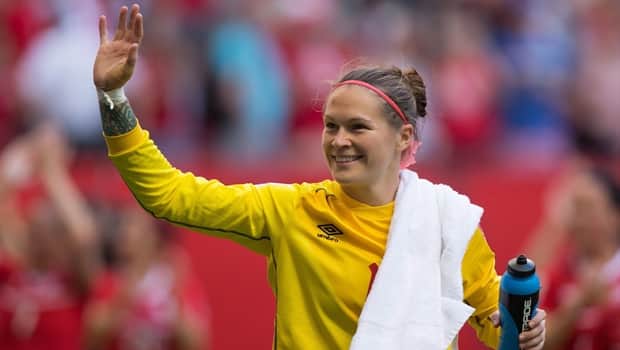 As a goalkeeper, often in the pressure cooker of competition, it’s been particularly helpful. She’s drawn on a breathing technique Evans suggested to her almost a decade ago – breathing in for three seconds and out for four seconds.

“Counting the numbers gets you outside of your head and your thoughts, and the longer outbreath activates your parasympathetic nervous system, which is responsible for calming your body down,” she said. “You breathe for seven seconds and you’re in this place where you’re calm and ready for action and in the moment.”

Even with four FIFA Women’s World Cups and two Olympics on her resume, McLeod still uses this technique every day in training and in games. She says practising “being in the zone” off the field, makes it much more accessible on the field.

“Being a goalkeeper you have to be able to forget and shelve things pretty quickly to focus on the next task. And I think it’s a gift to have learned that.”

Over the last decade, McLeod’s new-found enjoyment of soccer has taken her all over the world. This latest stop in Iceland has been a good fit from both a professional and personal standpoint. She’s healthy, getting games in and able to spend more time with her partner (Gunny Jonsdottir), who is Icelandic. And with Stjarnan’s younger demographic (“they joke I’m old enough to be their mom,” she laughed), McLeod is able to share her experience both on and off the field.

And yes, that does mean throwing in the occasional guided meditation. In fact, many of the recordings on The Mindful Project feature McLeod, which she’s still not entirely used to.

“It’s weird at first to record your own voice in the soft, easy-listening, radio voice. It’s a bit awkward, but it’s all me.”