A grieving father is calling for the government to fix Nova Scotia's "failed mental health system" after his son was told it would take months to access mental health services.

Stephen Nauss's 20-year-old son, Anthony, had a history of mental health issues and previous suicide attempts. Last fall he went to the ER at the Halifax Infirmary because he was feeling suicidal.

Anthony's father told CBC's Maritime Noon that his son was told to go home and make an appointment with the province's mental health services department, which didn't have an available appointment for him for three months.

"My son didn't have three months to wait and should have been helped then," Nauss wrote in a letter sent to Premier Stephen McNeil and all of Nova Scotia's MLAs.

"But instead he was sent home to die and that's exactly what happened a week later."

Anthony Nauss took his own life on Nov. 3.

"I would have expected if somebody went to the hospital saying that they were going to kill themselves that they would be kept at the hospital," Nauss, a Bridgewater carpenter, told Maritime Noon.

"If you went there with a heart attack they'd take you and treat you and keep you there 'til you were better enough to go home — not send you home midway through your heart attack. I feel it's the same thing.

"If you're going there thinking that you're gonna die, you should get help. Not sent home and told to make a phone call."

Calls for politicians to act

In his letter, Nauss called on politicians to take action on the problems facing access to mental health services in Nova Scotia.

"My son fell through the cracks of a failed mental health care system. This province is in a crisis not only with mental health but health care in general, it's time for ALL of you to step up and do something about this instead of denying there is a problem," Nauss wrote.

Her letter, titled "Trust in providers is essential to care of mental illness," reads, in part:

"The suggestion that every day people seeking help are being sent away from hospitals and told to make their own decisions is not only false — it is dangerous."

Nauss responded in his letter: "Well I'm sorry, Janet Knox, but it is very true. My son was sent home on several occasions and the only thing dangerous about this is that it's true." 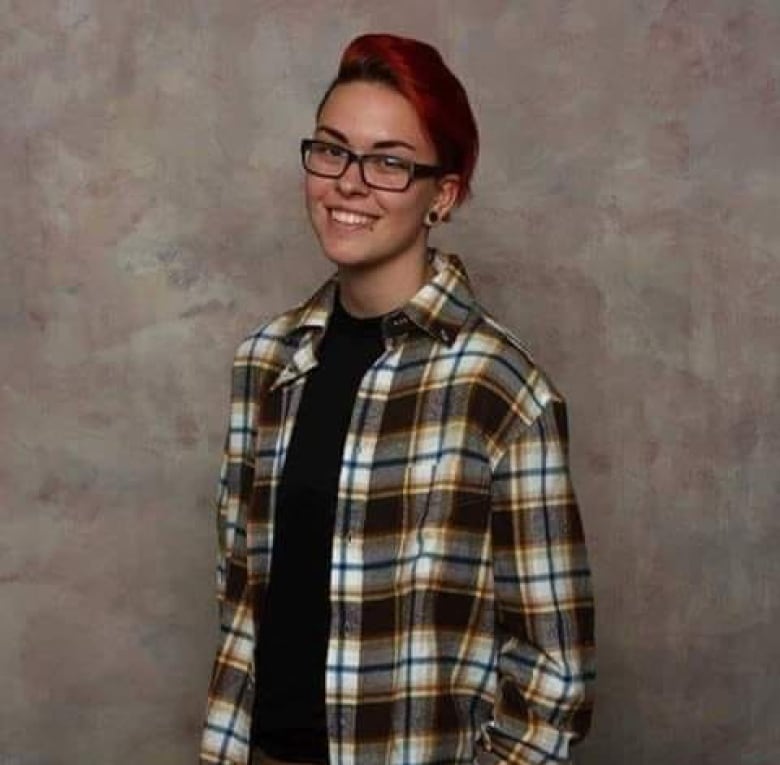 Anthony Nauss went to the ER last fall looking for help and was sent home and told to call mental health services to make an appointment. (Submitted by Stephen Nauss)

In a statement to CBC News, the NSHA said "we are shattered at hearing Anthony's story."

"It illustrates the terrible effect that mental illness has on the patients and families we serve," wrote NSHA spokesperson Carla Adams.

"In spite of the thousands of people that we are able to successfully help through their mental illness, the times where the best efforts of medicine fail are devastating."

'The best kid anybody could ask for'

Nauss said his son was a good friend and wanted to help people in need. Anthony was living in Dartmouth, N.S., when he died and was studying to be a paralegal and working as a shift supervisor at Starbucks.

"He was the best kid anybody could ask for. Very caring and compassionate. Loved life, " he said.

Nauss said parents should not outlive their children.

"I can't bring my son back but rest assured I will try and do everything I can to make sure another parent doesn't have to go through the pain and heartache that I have to live with every day."