HALIFAX — For so many young Canadian soccer players the reality of ascending to some of the highest levels of the sport has almost always meant moving away to pursue the sport abroad.

But the creation of the Canadian Premier League is quickly changing that reality.

On Saturday afternoon in Halifax, 18-year-old Scott Firth will be stepping onto the green grass of the pitch as a member of the Halifax Wanderers for the team’s home opener against Forge FC.

It just happens that Wanderers Grounds, where the team will play its home games, is not far from where Firth grew up.

“This is a dream come true,” he said after practice on Thursday. “Ever since I was young watching [Brazilian great] Ronaldinho I dreamt of this. Now that it’s here in my hometown is insane.”

Firth became the first homegrown player in team history when signed his contract in January.

“This is giving youth hope, seeing there are people from here playing pro soccer. It gives a pathway,” Firth said. “It makes you want to push more because you can see the goal. It’s realistic. It gets you up in the morning.”

Firth has been injured and missed the team’s first-ever game last weekend, a 1-0 defeat to FC Pacific in Langford, B.C. But he said he’s ready to play on Saturday at home.

“I’m feeling 100 per cent. I’ll hope to get into the game,” Firth said. “The whole family will be there. Everyone I can name will be there. We have two boxes.”

The buzz for the team is palpable in Halifax. The home opener has been sold out for weeks — a game fans can watch live on cbcsports.ca.

Firth said he’s trying to keep his emotions in check and stay focused, all while juggling high school.

“Every once in a while, I’m late for school but never for soccer. Soccer is the priority. I’m juggling it all pretty well,” Firth said. “I try to stay calm and don’t boast about things. Some people come up to me in the hallways and want to talk about it.” 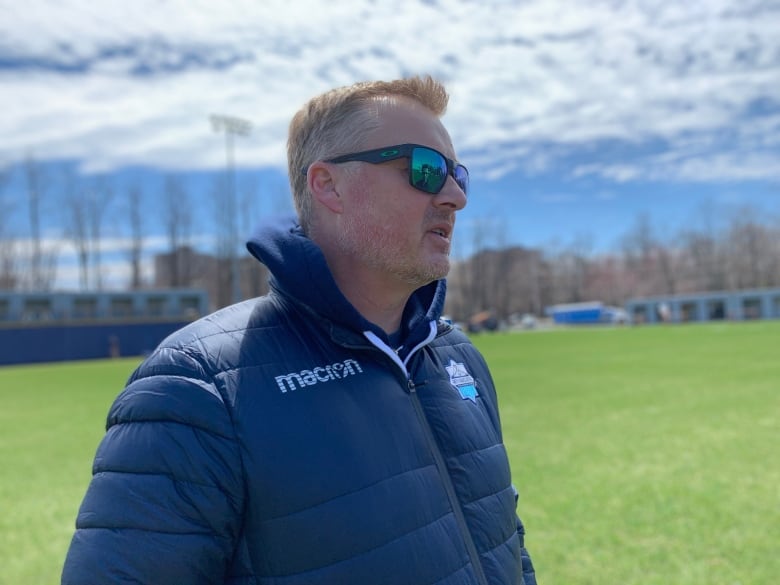 The team is playing on the historic Wanderers Grounds in the heart of Halifax. Crews are racing against the clock to get the venue ready for Saturday’s game. Team president Derek Martin said they’ll be ready for the throngs of people packing into the park.

“It’s a really special time and a rewarding experience watching this all come together,” Martin said. “We’re making history here and you don’t get many chances to make history.”

More than 6,000 fans are expected at Saturday’s game. Martin said their season ticket base for this inaugural season is close to 5,000, making Wanderers games one of the hottest tickets in town.

“Atmosphere is everything,” Martin said. “I’m pleasantly surprised the popularity happened as quickly as it did.”

Party at the pitch

The match itself will be a spectacle, and Martin said the party around the game will be a whole other experience.

From a helicopter flyover, to a pregame concert, a pub march to the match through the streets to a Kitchen Party supporter’s section, Martin says they want to make the game-day experience a party from well before to well after the match.

The players on the team are feeling the momentum of the hometown support as the game nears.

“Everywhere we turn people are super excited. They express their support. They hope all the best for us,” said the 32-year-old named for the legendary pop star.

He’s a fan favourite because of his name.

“It helps get me into the spotlight,” John said. “I’m used to people saying something. Especially when I show my ID or passport.” 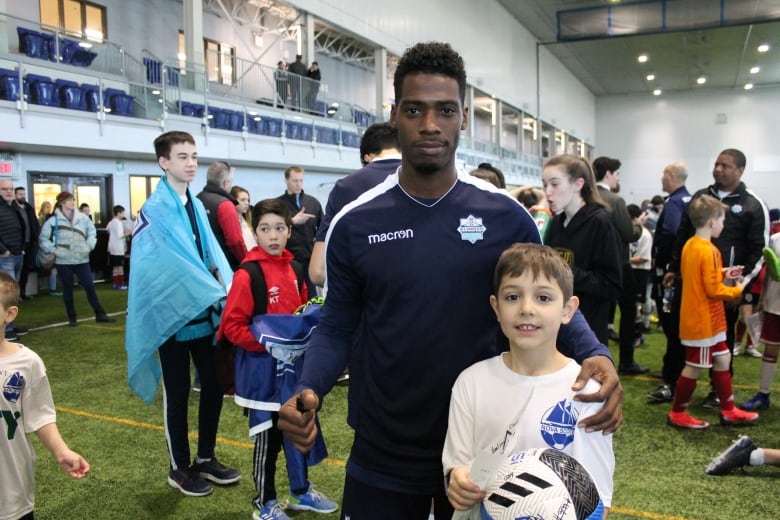 Midfielder Elton John, left, named for the pop star, admits his popularity has been given a boost because of his celebrity association. (HFX Wanderers FC )

The 32-year-old from Arima, Trinidad does have a favourite Elton John song, a question he’s asked often.

“Circle of Life,” he says without hesitation. “I watched the Lion King hundreds of times as a kid.”

Stephen Hart is the Wanderers’ head coach for the inaugural season — a position he’s no stranger to.

Hart is Canada’s former national team coach and also served as Trinidad and Tobago’s national coach. He knows this first season will be a steep learning curve for many of the players who are playing professional soccer for the first time.

“The process takes time. We will do our best to come away with a result. If we don’t? We keep working to get it right,” he said. 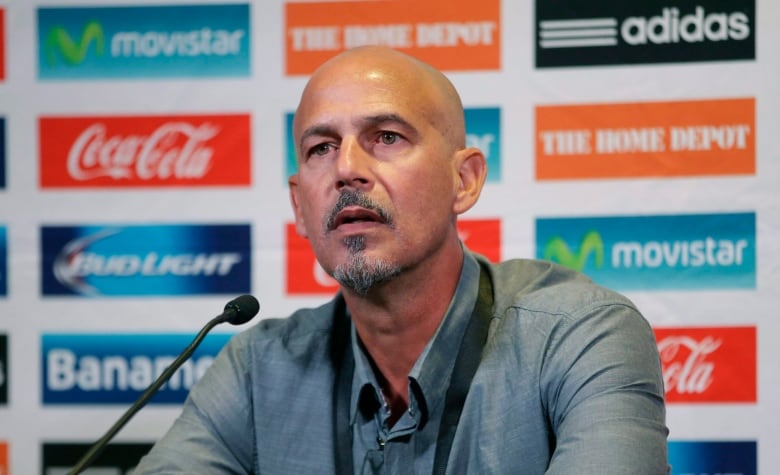 Hart said the team is still finding its identity on the pitch, but will do everything they can to impress the local fans in their first game at home.

“It’s a very special moment. We’re so glad to be home and going to get our first opportunity to play in front of the home crowd,” he said.

More than anything, Hart understands how pivotal the new league is for Canadian soccer in the lead up to the 2026 World Cup.

“Now they have an opportunity,” Hart said. “It’s going to take time. But with time it will be a garden for the Canadian national program.”

But for as much as this is about building for the future, the coach and players want to win now — and they want the first victory to come in front of their fans on Saturday in Halifax.

“We want to be a team that’s fast. Fun to watch. We want to be an exciting team,” fullback Zachary Sukunda said. “We have to focus on our game and what we do in training and hopefully get a result.”