Air pollution is one of the world’s biggest killers, responsible for more deaths each year than malnutrition, malaria, AIDS, or alcohol and drug abuse.

And a spate of new studies suggest that our problems with unhealthy air are more pernicious and persistent than previously understood. 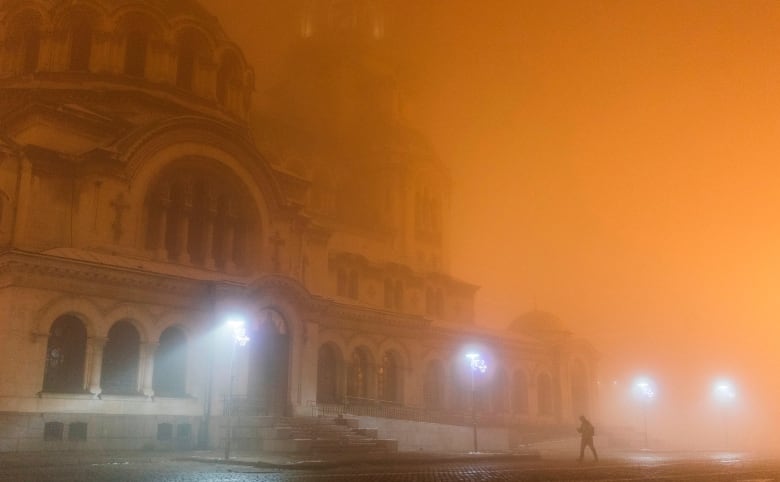 In places like California — the state that is home to seven of the nation’s 10 smoggiest cities — the major driver of air pollution continues to be car and truck traffic, with the rapidly increasing population overwhelming even the most stringent environmental regulations. 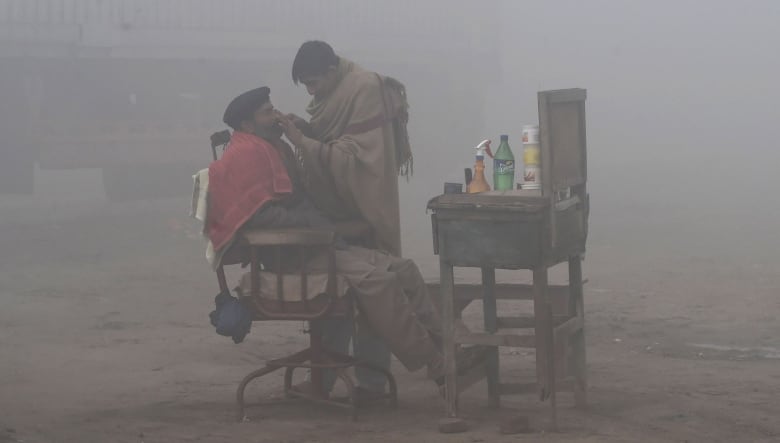 A Pakistani barber shaves a customer alongside a road in Lahore amid heavy fog and smog on Jan. 24. Smog levels spike during winter in southern Pakistan, and air quality often eclipses the World Health Organization’s safe levels. (Arif Ali/AFP/Getty Images)

And bad air is understood to be shortening life spans in all sorts of ways.

A recent NASA study used satellite data to model particulate pollution in Africa and concluded that it causes 780,000 premature deaths each year on the continent. The majority of those — 556,000 — are attributed to dust from Sahara Desert storms, but industrial emissions are believed to cause 182,000 deaths, and smoke from cooking and heating fires another 43,000.

In South Asian countries  like India, Pakistan and Bangladesh, where air pollution is the most acute, the life expectancy for a child born today is 30 months shorter than in clean air zones.

Air pollution in Canada is now believed to shave three months off a newborn’s life expectancy.

Car and truck traffic is being blamed for 4 million new cases of childhood asthma each year worldwide, or roughly 11,000 each day. The study, published earlier this month in the Lancet Planetary Health journal, crunched data from 194 nations and found that per capita, Canada had the third-highest rate of new traffic-related asthma cases, behind China and India.

Researchers at the University of Aberdeen recently reviewed more than a decade of studies and concluded that air pollution has a bigger effect on fetal growth than alcohol, chemical exposure or a poor diet.

It has also been linked to spikes in London, England’s crime rate, with incidents of less severe offences like shoplifting and pickpocketing up almost 8.5 per cent on the city’s most polluted days, regardless of the wealth of the neighbourhood. (Assault, rape and murder rates don’t seem to change with the air quality.)

The Utah State Capitol and surrounding buildings in Salt Lake City are shrouded in smog on Dec. 12, 2017. During the winter, temperature inversions form in Salt Lake Valley when the upper air temperature is warmer than the air on the valley floor, forming a lid that traps polluted air. (George Frey/Reuters)

And another U.K.-wide study found that teenagers who live in the country’s smoggiest areas have almost twice the rate of reported  psychotic  experiences compared to their peers in less-polluted zones. (The researchers are careful to note that they haven’t established a causal relation — other factors associated with traffic, like noise, could be the trigger.)

All just the latest additions to 25-years of peer-reviewed research on the dangers of air pollution.

Which makes an editorial published today in the journal Nature  all the more noteworthy.

The publication warns of a growing scepticism about the effects of air pollution in places like Germany, Poland, India and above-all the United States.

Efforts by government and industry to weaken air-quality standards are now themselves a threat to public health, says the journal.

“Environmental regulations to curb air pollution impose steep costs on a variety of industries, but questioning the evidence won’t make it go away,” the authors write. “Now is not the time to undermine efforts to clean air — it is time to strengthen them.”

Boeing has been scrambling to complete technical fixes for the 737 Max airliner and new training for pilots in the wake of two disastrous crashes, but the really difficult problem could be the damage to public confidence in the plane, reporter David Common writes.

“Passengers are afraid of this airplane,” says the long-time aviation analyst.

“I haven’t seen anything like this in decades, in terms of consumer fear and desire to avoid flying on the 737 Max.” 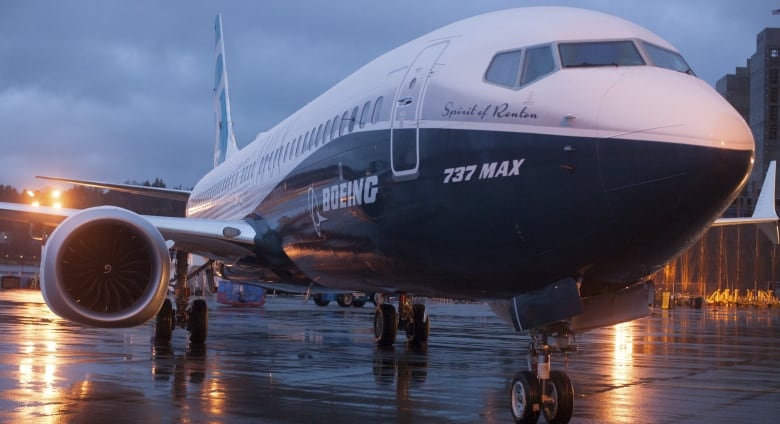 Boeing’s 737 MAX 8, the company’s fastest-selling passenger jet, has been grounded by the FAA after a pair of deadly crashes. (Matt Mills McKnight/Reuters)

After two crashes within a few months of each other that killed everyone onboard, where pilots seem to have struggled with the same problem before their planes nose-dived into the ground, regulators around the world ordered the 737 Max grounded.

The aviation giant has changed the plane’s software, altered the cockpit, conducted more than 130 test flights, designed a new pilot training regime, and seems to be on track to have the latest variant of its workhorse passenger jet back in the air over the summer.

Convincing passengers the 737 Max is safe, however, will be a harder fix.

Airlines are worried the planes already in their fleets or on order will scare the flying public.

So Boeing will likely do something it’s never had to before: speak directly to those passengers. It’s expected to launch an extensive and expensive social and traditional media campaign to win back passengers.

Convincing those passengers is key to restoring commercial success for the 737 Max. What was Boeing’s fastest selling aircraft ever hasn’t sold a single plane since the latest crash in March.

The non-stop demands of modern jobs can be a recipe for burnout, but there are ideas for preventing that from happening, producer Tarannum Kamlani writes.

Stress at work seems to be on everyone’s mind these days, especially since the ground beneath our feet seems to be shifting constantly.

We’ve explored all these issues on The National this week. Tonight we’re taking a different angle: how do we build a better, modern work culture that will head off burnout? 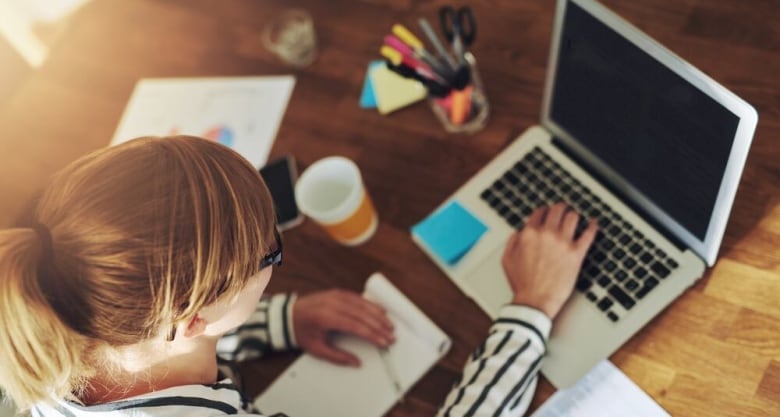 Joining Andrew Chang in The National’s studio are three people who have put some serious thought into the subject.

Jay Goldman is the managing director of Klick, one of the world’s most successful independent health care marketing agencies. Klick has been recognized as a Best Managed Company for 11 years in a row by Deloitte, and has been part of their “Best Managed Companies’ Platinum Club” for the past five consecutive years. Goldman is also the co-author of The Decoded Company: Know Your Talent Better Than Your Customers.

Krystyn Harrison is the CEO and founder of Prosper, a coaching service that helps people navigate the world of work.

Sunil Johal is the policy director at the University of Toronto’s Mowat Centre, and chair of the Expert Panel on Modern Labour Standards established by the Federal Minister of Labour.

More from The National’s series on work in Canada:

“With all of our assets and talents, Scotland should be a thriving and driving force within Europe. Instead, we face being forced to the margins – sidelined within a U.K. that is, itself, increasingly sidelined on the international stage. Independence, by contrast, would allow us to protect our place in Europe.”

– Nicola Sturgeon, Scotland’s first minister, outlines her plan to hold another independence referendum by the spring of 2021. 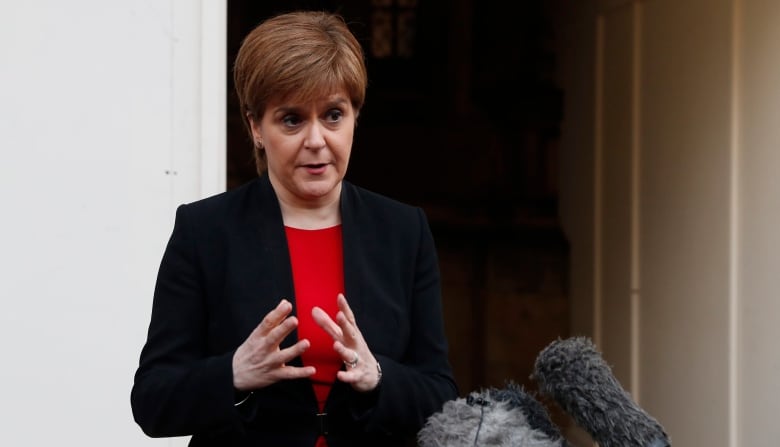 TheFrench-born artist spent the latter decades of his life focused on his chess game, but people were still keen to know what one of the fathers of the Dada movement thought of more modern art.