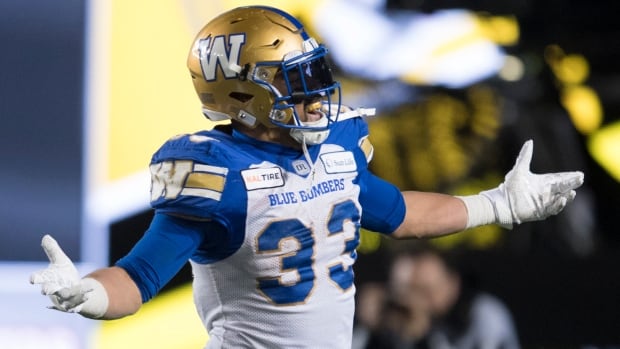 Andrew Harris rushed for one touchdown and caught another, as the Winnipeg Blue Bombers ended a 29-year championship drought by beating the Hamilton Tiger-Cats 33-12 in the 107th Grey Cup in Calgary.

The Canadian running back, who hails from Winnipeg, opened the scoring with a 15-yard touchdown run in the first quarter and caught an 18-yard touchdown pass from Chris Streveler in the second quarter.

The Bombers, who reached the final by eliminating the top two teams in the West — Saskatchewan and Calgary — hadn’t won the Grey Cup since 1990.

The Ticats, who finished with a league best 15-3 record during the regular season, now hold the dubious distinction of owning the longest active Grey Cup drought, with their last title coming 20 years ago in 1999.