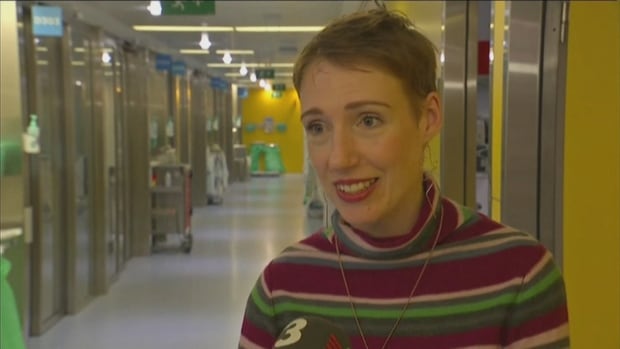 A 34-year-old British hiker was revived in Spain after a six-hour cardiac arrest brought on by severe hypothermia, with the low mountain temperatures that made her ill also helping to save her life in what a doctor described as an “exceptional case.”

Audrey Mash’s ordeal began on Nov. 3 when she and her husband were out hiking in the Catalan Pyrenees. As the weather took a turn for the worse, Mash, who lives in Barcelona, began experiencing trouble speaking and moving.

The doctors at Barcelona’s Vall d’Hebron Hospital said she had suffered the longest documented cardiac arrest in Spain. “It’s an exceptional case in the world,” doctor Eduard Argudo told reporters on Thursday.

‘She looked as though she was dead’

She said she had no memory of those six long hours. “Amazing. It’s like a miracle except that it’s all because of the doctors,” she told Catalan broadcaster TV3.

As the time passed on the mountain, Mash fell unconscious and husband Rohan Schoeman told TV3 he thought she was dead. “I was trying to feel a pulse,” he said. “I couldn’t feel a breath, I couldn’t feel a heartbeat.”

By the time rescuers reached the couple two hours later, Mash’s body temperature had dropped to 18 C and when she reached the hospital, she had no vital signs.

“She looked as though she was dead,” Argudo, her doctor, added in a statement. “But we knew that, in the context of hypothermia, Audrey had a chance of surviving.”

Hypothermia, while also bringing her to the brink of death, had also protected her body and brain from deteriorating, he said. “If she had been in cardiac arrest for this long at a normal body temperature, she would be dead.”

Racing against time, doctors turned to a specialized machine capable of removing blood, infusing it with oxygen and reintroducing it to the patient.

Once Mash’s temperature had reached 30 C, doctors turned to the defibrillator. Her heart jumped back into action, some six hours after emergency services were first contacted.

Twelve days later she was released from hospital, nearly fully recovered and with only lingering issues in the mobility and sensitivity of her hands due to the hypothermia.

“We were very worried about any neurological damage,” said Argudo. “Given there are practically no cases of people who have had their heart stop for so long and been revived.”

Mash said she hoped to be back hiking by the spring.

“I don’t want this to take away this hobby from me,” she said.