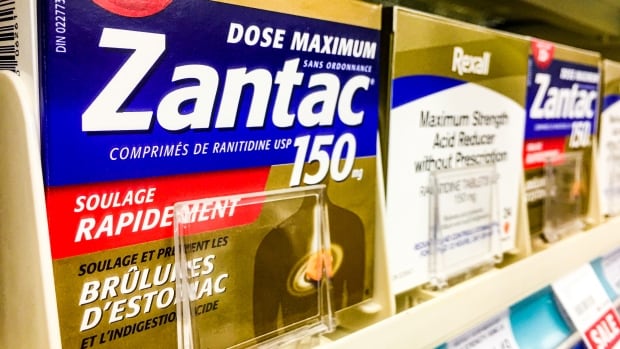 The U.S. Food and Drug Administration and international health authorities are investigating the safety of Zantac heartburn medicine, also sold generically as ranitidine, after finding a probable cancer-causing impurity in the drug.

Ranitidine is the newest drug in which presence of cancer causing impurities have been found. Regulators have been recalling some blood pressure and heart failure medicines since last year.

The following is a timeline on Zantac:

Glaxo Holdings Ltd, now a part of GlaxoSmithKline PLC , receives its first U.S. FDA approval for Zantac as a short-term treatment of a common form of ulcers. The drug was already approved in 31 different countries.

Zantac becomes the world’s best selling drug and one of the first-ever drugs to top $ 1 billion US in annual sales.

European and American regulators recall blood pressure drug valsartan made by China’s Zhejiang Huahai Pharmaceuticals after finding the cancer causing impurity N-nitrosodimethylamine (NDMA) in samples of drugs containing ranitidine. The regulators have since found the impurities in a wide number of the drugs in the same class, called angiotensin II receptor blockers.

The European Medicines Agency said NDMA is considered a probable human carcinogen (a substance that could cause cancer) based on animal studies. NDMA is also an environmental contaminant found in water and food including meat, dairy products and vegetables, according to the U.S. Food and Drug Administration (FDA).

U.S. and European regulators say they are reviewing the safety of ranitidine.

Novartis AG’s Sandoz Unit, which makes generic drugs, says it is halting the distribution of its versions of Zantac in all markets, while Canada requests drugmakers selling ranitidine to stop distribution.

FDA says it has found “unacceptable levels” of N-nitrosodimethylamine (NDMA) in samples of drugs containing ranitidine in its testing.

GlaxoSmithKline, the original maker of the drug, recalls prescription-only Zantac medicines in all its markets as a precaution.

Sanofi recalls over-the-counter Zantac in the United States and Canada, a day after the UK unit of Teva Pharmaceutical, the world’s largest generic drug maker, recalled some batches of ranitidine.

Health Canada says additional prescription and over-the-counter ranitidine drugs are being recalled by Sivem Pharmaceuticals ULC and Teva Canada Limited because they may contain the NDMA above acceptable levels.