News that the Canadian Women’s Hockey League (CWHL) will cease operations has been met with nearly universal shock and disappointment.

It all happened so quickly in the form of a Sunday morning conference call to team officials. A news release said the league was no longer “sustainable financially,” and it would cease operations May 1.

“I had no idea. I was confused. I was angry. I was sad,” CWHL All-Star Carlee Campbell, who plays defence for the Toronto Furies, told CBC News. “I’m a little confused as to why this whole thing has happened because we were on such a positive trajectory.”

Furies general manager Sami Jo Small said, “We had a meeting last week talking about next year and best practices going forward, and the league was right there with us. There didn’t seem to be any indication things were going in this direction.”

From the outside, things appeared to be going well. The on-ice product continued to evolve with players getting faster and stronger every year. And, last week, more than 175,000 viewers tuned in to watch the league’s championship game, the league said.

But behind the scenes, the 12-year-old league had issues that were difficult to overcome — attendance for one. The league doesn’t publish attendance numbers but it was no secret that most teams struggled to attract fans.

“What I’ve seen a lot on social media and people are tweeting and posting Instagram pictures about their support for us and how devastated they are,” Campbell said. “But I have to ask the question, ‘Did you ever go to a game? Did you ever support our league?’ I haven’t heard nothing but great reviews for people from people who have actually stepped into the rink and watched the game, and they always end up coming back.”

Compared to other Toronto teams, the Furies were more than affordable. A 14-game season ticket package cost about $ 175.

Experts say the quality product combined with affordability should make the CWHL work.

A franchise model was needed

Cary Kaplan is the president of Cosmos Sports & Entertainment and has consulted for hundreds of minor collegiate and professional sports teams across Canada.

“They’ve missed the boat on the way it’s been structured,” Kaplan says.

The CWHL is structured as a not-for-profit organization. There are no team owners. The league owns the teams and only started paying players last season from a total budget of roughly $ 3.7 million.

Kaplan says every successful league in North America is built on a franchise model where corporations or individuals own teams. He says teams need ownership groups that are committed to women’s hockey and are willing to maybe lose some money.

I think the good news is it’s not about women’s sports or women’s hockey. It’s about the wrong business model.–  Cary Kaplan, president of Cosmos Sports & Entertainment

“There is no obligation for an eight-year-old girl or an eight-year-old boy or a 40-year-old man or woman to go to a hockey game. The responsibility is on the team and the organization, and they haven’t invested in themselves,” Kaplan says. “I think the good news is it’s not about women’s sports or women’s hockey. It’s about the wrong business model.” 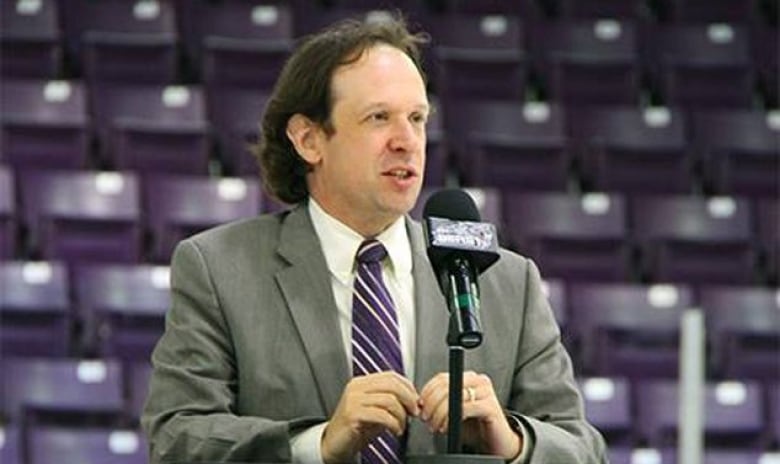 Cary Kaplan, president of Cosmos Sports & Entertainment who has consulted for hundreds of minor collegiate and professional sports teams across Canada, said every successful league in North America is built on a franchise model where corporations or individuals own teams. (Submitted by Liam van Oosterhout)

‘No people in place at the league’

Kaplan says the league did a poor job promoting its product.

“The league has to have an infrastructure. There’s no people in place at the league that their jobs are marketing, promotions, ticket sales, sponsorship.”

The numbers indicate there should be a growing fan base. In Ontario, nearly 40,000 women and young girls are registered to play. In Toronto, the Leaside Girls Hockey Association has more than 2,000 players and is believed to be the world’s largest female hockey organization.

Leaside Girls Hockey Association president Mark Schrutt says when young players go to a Thunder or Furies game, they are “floored.” It’s maintaining the excitement that’s been a challenge.

“That being said, when our players turn on the TV, check the internet, see ads, it is very rarely that they will see someone like them [a woman] playing our game.”

Schrutt hopes something positive will emerge from this. He says a viable professional women’s team is needed now more than ever.

“It is difficult to spin this in a way where it will increase the interest our girls have in the sport,” Schrutt says. “As our association works to build interest in under-represented areas of the sport [immigrant population, for example] the importance and profile professional women’s hockey will be critical.”

Kaplan and many CWHL players believe a viable league is possible. Kaplan says it must include a robust marketing plan that showcases a great game experience. And a push to get more games on television — only the league championship was televised.

“People look for things to do on a Friday or Saturday, but if you don’t know there’s a women’s hockey game you’re not going to go. And then once you go what’s the effort on the league side to make sure it’s an amazing event?” Kaplan says. “You can say it, ‘But it’s great hockey.’ That’s not enough.”

In terms of what’s next, there has been talk of some teams and players being absorbed by the U.S-based National Women’s Hockey League.

Many high-profile female players have long advocated for a strong singular league.

“There’s so many good and great female hockey players around North America,” hockey player Campbell says. “We need to combine those forces. We aren’t going to let September come around without a league and a place for us to play.”

Furies GM Small says, “We know what we have created here is strong. This [existing] model can work. The way we set it up was there was one central pot of money and that money was divided equally. And whether we brought in more or less we just adjusted the structure to be able to have a league and a place for players to play.”

Some have even wondered if the the NHL may want to take control of the women’s game. The league continues to pursue the WNHL trademark.

We know what we have created here is strong. This [existing] model can work.– Sami Jo Small, Toronto Furies general manager

“We want to be supportive of women’s professional hockey,” NHL deputy commissioner Bill Daly told The Canadian Press. “It’s important, and we recognize its importance. But at this point, there continues to be professional opportunities for women in hockey. We endorse those opportunities.”

Whatever happens, Kaplan says committed ownership will be key.

“In Toronto, you look at MLSE [Maple Leaf Sports & Entertainment] with the Marlies, Raptors 905, Argos, TFC. You know in each one of those cases they put marketing and sales resources behind them.”