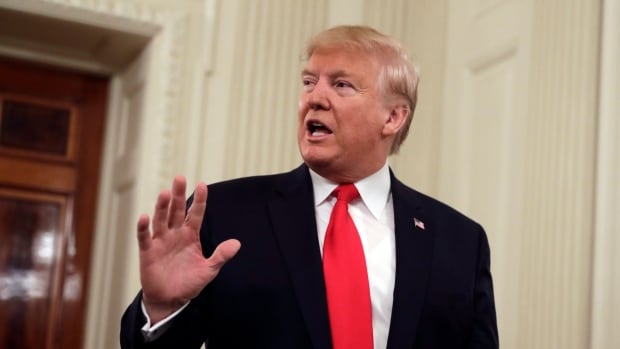 The House intelligence committee released a sweeping impeachment report Tuesday outlining evidence of what it calls Donald Trump’s wrongdoing toward Ukraine, findings that will serve as the foundation for debate over whether the 45th U.S. president should be removed from office.

The 300-page report from Democrats on the committee makes the case that Trump misused the power of his office and, in the course of its investigation, obstructed Congress by stonewalling the proceedings. Based on two months of investigation, the report contains evidence and testimony from current and former U.S. officials.

“The president placed his personal political interests above the national interests of the United States, sought to undermine the integrity of the U.S. presidential election process, and endangered U.S. national security,” the report said.

The panel will vote later Tuesday, in what is expected to be a party-line tally, to send the document to the judiciary committee ahead of a landmark impeachment hearing Wednesday.

Ahead of the release, Republicans defended the president in a rebuttal claiming Trump never intended to pressure Ukraine when he asked for a “favour” — investigations of Democratic presidential contender Joe Biden and his son Hunter Biden. They say the military aid the White House was withholding was not being used as leverage, as Democrats claim, and that the $ 400 million US was ultimately released, although only after a congressional outcry.

Trump at the opening of a NATO leaders’ meeting in London on Tuesday criticized the impeachment push as “unpatriotic” and “a bad thing for our country.”

The findings released Tuesday will lay the foundation for the House judiciary committee to assess potential articles of impeachment starting Wednesday, presenting a history-making test of political judgment with a case that is dividing Congress and the country.

Trump said he will not watch the judiciary panel’s hearing, saying it’s “all nonsense, they’re just wasting their time.”