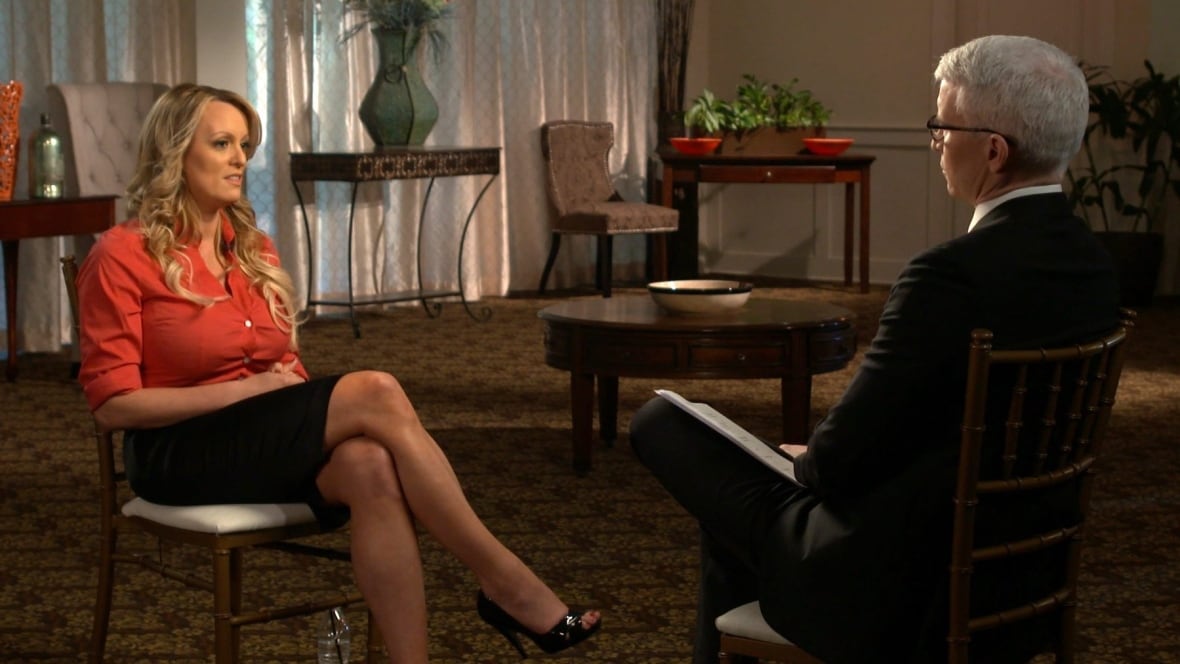 Adult film star Stormy Daniels says she was threatened to keep silent about an alleged sexual encounter with Donald Trump in 2006, telling her story in a highly anticipated interview with CBS’ 60 Minutes broadcast Sunday.

Daniels said she was threatened by an unidentified man in Las Vegas to keep quiet about her alleged relationship with Trump, an incident that she said also involved a threat to her young daughter. She said in the interview that she had one encounter of consensual sex with the future president.

Not long after the magazine story was killed, Stormy Daniels says she was threatened by a man who approached her in Las Vegas. “A guy walked up on me and said to me, ‘leave Trump alone. Forget the story.’” pic.twitter.com/JMskKQiYCi

The adult film actress provided little new evidence of her alleged 2006 affair with Trump, but said she faced intimidation tactics aimed at ensuring her silence in 2011.

Daniels said she was in a parking lot when the man told her: “Leave Trump alone. Forget the story.” She says he then looked at her daughter and said, “That’s a beautiful little girl. It’d be a shame if something happened to her mom.”

Daniels received a $ 130,000 US payment days before the 2016 presidential election for her silence and has sought to invalidate a nondisclosure agreement.

Trump, through his representatives, has denied the allegations. His attorney, Michael Cohen, has said Trump never had an affair with Daniels. Cohen has said he paid the $ 130,000 out of his pocket.

Cohen has said neither the Trump Organization nor the Trump campaign was a party to the transaction with Clifford and he was not reimbursed for the payment.