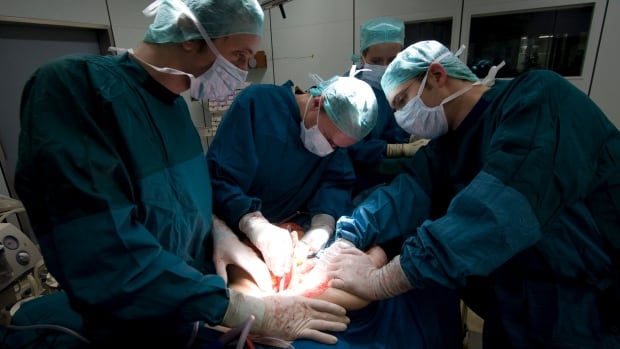 The Union of B.C. Indian Chiefs and an Indigenous man are filing a complaint at the B.C. Human Rights Tribunal challenging the legality of a policy that requires people to abstain from alcohol for six months in order to be eligible for a liver transplant.

David Dennis, 44, who is Carrier Sekani and Nuu-chah-nulth, has end-stage liver disease. The Vancouver man says he would qualify as a priority candidate for a liver transplant, if not for BC Transplant’s abstinence policy.

Because Dennis has not abstained from alcohol for the past six months, he says he’s been “kicked off the list entirely.”

The groups bringing the challenge wrote that the abstinence policy discriminates against Indigenous people.

They say Indigenous people have disproportionately higher rates of alcohol use disorder due to “centuries of racist and harmful colonial policies implemented at all levels of Canadian government, but especially through the intergenerational traumas of the Indian residential schools on Indigenous families and communities.”

In an interview, Dennis says he’s been an alcoholic for most of his life. He says both sides of his family have a history of alcohol dependency.

“Both my parents [were] chronic alcoholics who recovered from residential school, ” he said. “My late father Clarence died from alcoholism. My grandfather on my mother’s side died from suicide while intoxicated. My grandmother went missing … she was an alcoholic.”

Dennis, who said he has been sober since mid-May, is holding onto hope he can get a transplant.

“But if I don’t make it, I want the Union of BC Indian Chiefs and Frank Paul Society to carry on and get rid of this lethal form of racism.”

In general, liver transplant programs in Canada require a period of six months of abstinence from alcohol before considering a patient with liver disease.

According to a June 2019 scientific paper from the University of British Columbia, researchers in Hepatology Communications, one reason for the abstinence period is that stopping alcohol use can improve liver function to the point where a liver transplant may not be needed. Advocates of the policy say they are also concerned patients could relapse into alcohol consumption after the transplant.

Debra Selkirk, whose husband died of liver failure from acute alcoholic hepatitis in 2010, launched a a constitutional challenge against the policy, arguing it didn’t allow her husband enough time to get sober before requiring a transplant.

Delilah Saunders, a young Inuk activist, gained support from Amnesty International after she was denied a liver transplant for having a history of alcohol use in 2017.

In 2018, Ontario began a three-year pilot program to review the policy.

BC Transplant responded with a written statement saying it “appreciates the distress that patients and their loved ones face when needing an organ transplant.”

The agency, which oversees all aspects of organ donation and transplant in B.C. and manages the province’s organ donor registry, said it would be reviewing the case together with the Liver Transplant Team at Vancouver Coastal Health.

Grand Chief Stewart Phillip, president of the Union of BC Indian Chiefs, wrote that “the proper response to Indigenous peoples whose lives have been affected by intergenerational trauma and oppressive colonial policies should include empathy and understanding, not another door shut to justice and equality. “

As of July 31, 2019, there are 53 people on the wait list for liver transplants in British Columbia.