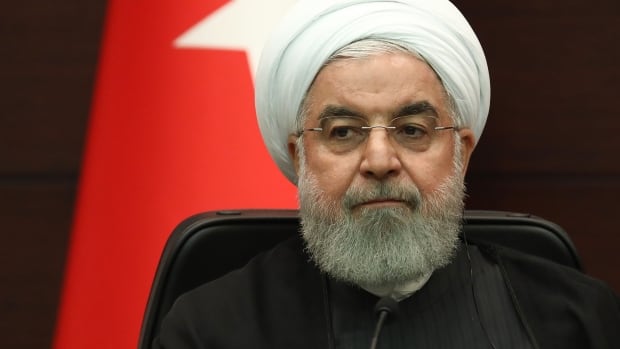 With tensions high in the Persian Gulf, all eyes will be on Iranian President Hassan Rouhani on Wednesday as he speaks on the second day of the UN General Assembly’s annual gathering of world leaders.

In another highly anticipated speech, Ukraine’s freshly minted president will address the group for the first time as a fast-escalating scandal involving U.S. President Donald Trump swirls around him. Volodymyr Zelenskiy’s speech comes just a day after U.S. House Speaker Nancy Pelosi launched a formal impeachment inquiry against Trump, focused partly on whether Trump abused his presidential powers and sought help from Ukraine to undermine Democratic foe Joe Biden and help his own re-election.

Many of the world’s leaders have used their speeches so far to defend the multilateralism embodied by the United Nations at a time when the U.S. and other nations are sliding toward unilateralism and going it alone.

In a flurry of diplomatic activity this week, European and other leaders have pushed for a thaw in the nuclear standoff between the Iran and the U.S.

But Rouhani has hinted at only the faintest possibility of a breakthrough. He said he would not even consider meeting with Trump until the U.S. lifts crippling sanctions imposed in the wake of Trump’s pullout from a nuclear deal. The Iranian told a group of U.S. media leaders that his government would first need a clearer idea of what the U.S. administration actually seeks.

Rouhani’s speech comes a day after Trump took his turn at the UN General Assembly, blasting what he called Iran’s “bloodlust” and rising aggression. The U.S. has blamed Iran for recent strikes on oil facilities in Saudi Arabia that have rattled the Middle East and global oil markets. Iran has denied being behind the attacks, saying they were solely the work of Yemeni rebels.

Rouhani said he had some optimism that the departure of national security adviser John Bolton could change U.S. behaviour, but he had seen “no tangible evidence” of that yet. At the UN meetings this year, Rouhani said he would remind many leaders that the Iran is still here, despite what he described as mistaken promises from Bolton that tough sanctions would destabilize the Islamic Republic’s leadership.

The official IRNA news agency quoted Gen. Amir Hatami as saying any deal with the U.S. over Iran’s “missile power” would damage the country’s capabilities. He said Iran’s leaders all support improving their missile program.

Tehran long has insisted its ballistic missile program was non-negotiable. Trump, however, cited it as a reason for unilaterally withdrawing the U.S. from the nuclear deal over a year ago.