If you’ve noticed your greens are costing you a little more green, you’re not alone — especially when it comes to celery. The celery juice diet craze might be thinning out more wallets than waistlines.

At nearly $ 6 a bunch, he says he’s never seen celery sell for so much in the more than 30 years he’s been working at the grocery store. “What we’re selling them for, we aren’t really making any money.”

The price of vegetables is up nearly 16 per cent compared to the same time last year, according to Statistics Canada. 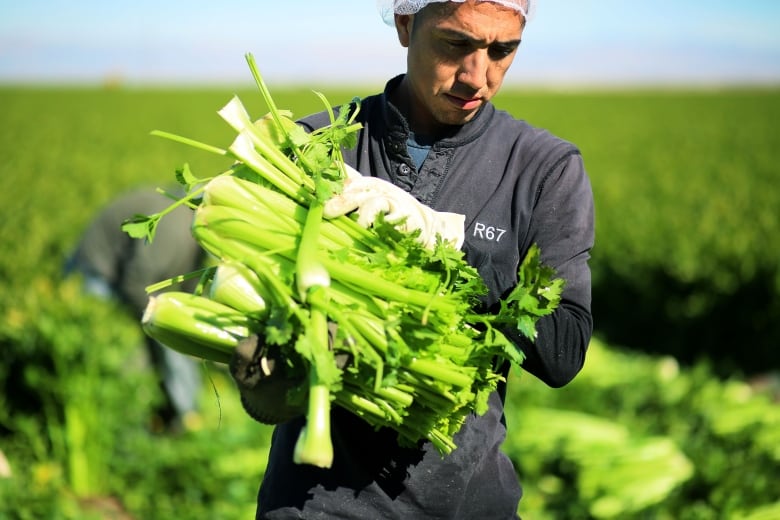 Workers harvest celery in a field in Brawley, Calif, on Jan. 31, 2017. One of the reasons the celery supply is low right now is due to recent heavy rain in the U.S. state. (Sandy Huffaker/AFP/Getty Images)

University of Guelph food economist Mike von Massow says a number of factors could be impacting the price we’re paying for celery, including local climate and growing conditions, transportation and even tighter border controls.

While some of those factors may be at play, he also says there is a relatively small market for celery to begin with, so even a slight increase in demand can trigger the changes consumers are seeing now.

“I wouldn’t say celery is a staple vegetable for most people. So if you have a narrow market to start with, that can drive price changes, because it’s much harder for that supply to respond.”

While rain in California has disrupted celery’s growing cycle and reduced supply in some areas, Papia says he believes the increase in price has little to do with supply. Rather, it has to do with demand.

“The availability, there’s a lot; it’s not short or anything … I’m not having a hard time getting celery,” he said. “I know there’s a lot of health benefits to it. That’s what they’re saying.”

What’s behind the celery juice craze?

Dietitians say there’s no scientific evidence that proves many of the health claims made by celery juice supporters, including providing relief from autoimmune conditions and eczema. 3:56

The trend has been heavily promoted by celebrities and influencers on social media, including actor Sylvester Stallone and supermodel Miranda Kerr, who have appeared in videos supporting the self-proclaimed founder of the celery juice movement, Anthony William.

William calls himself a “medical medium” and claims to speak with spirits who provide him with advanced health information. He is not a medical doctor, but his latest book — titled Celery Juice and set to be released in May — claims the juice can save lives and is the most powerful medicine of our time.

His website says a 16-ounce glass of pure celery juice first thing in the morning on an empty stomach can help relieve numerous health conditions, including everything from autoimmune conditions and high blood pressure, to eczema and migraines, and even help you slim down.

Despite little science to back up the claims, there are hundreds of testimonials on YouTube, Instagram and Facebook. Fans commonly claim it clears up skin issues and reduces bloating.

How does celery juice supposedly work?

How does William’s “miracle” cure supposedly work? He says it has to do with so-called sodium cluster salts in celery juice, which work to flush out toxins, viruses and bacteria.

Registered dietitian Nishta Saxena is among those questioning William’s claims around the effectiveness of celery juice.

“Currently in nutrition science, in food science, we don’t actually have evidence that cluster salts are an existing compound,” said Saxena. 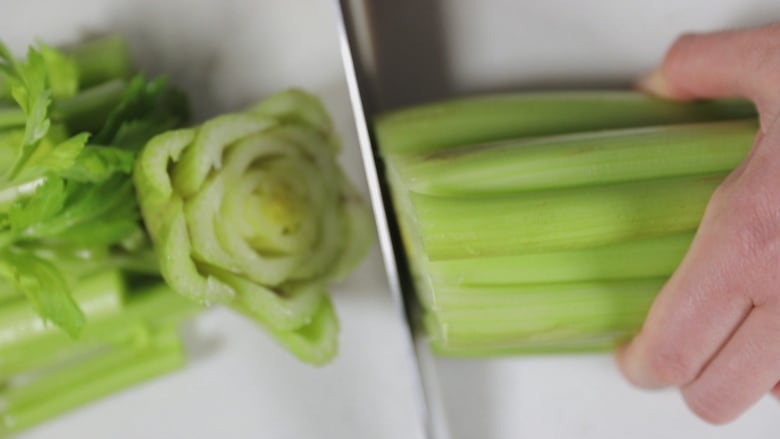 Celery is rich in vitamin K, fibre and some phytochemicals. But many of the nutrients found in celery come from eating the entire stalk, one registered dietitian says. (Dave MacIntosh/CBC)

Suggesting any single food item is a cure-all to complex illnesses or diseases is a stretch, she says.

“Any diseases that people are struggling with often have come to fruition because of a variety of factors in life. So when we think of eating celery as a singular solution to any particular health concern, ailment as the ‘I drink celery juice and it cures me,’ that doesn’t really make a lot of sense.”

One small study in 2013 suggested celery seed extract could help with high blood pressure, and another study in 2009 on rats found that the juice of celery leaves might help reduce a harsh side-effect of one chemotherapy drug.

But Saxena says she hasn’t seen any randomized trials or studies that actually prove juice extracted from celery is the miracle cure it is often touted as.

‘No other trend propelled so much healing’ 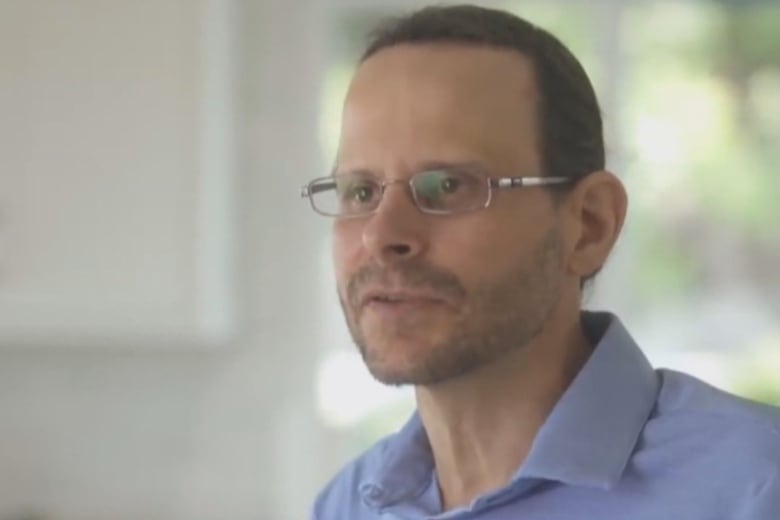 Self-proclaimed founder of the global celery juice movement Anthony William calls himself a “medical medium” and claims to speak to spirits who provide him with advanced health information. (YouTube/Medical Medium)

Marketplace reached out to William, who responded with an emailed statement: “For naysayers to merely claim there is no scientific evidence, which means the chronically ill all over the world aren’t really healing, is a great insult to the ones who have suffered and are now getting relief from drinking celery juice.”

He also claims no other trend has propelled so much healing in history and “the reason it is accelerating at such a speed without funding behind it is because it actually works.”

Celery is rich in vitamin K, fibre and some phytochemicals. And while Saxena says you can rarely go wrong eating green vegetables, she warns there could be too much of a good thing.

Drinking excessive amounts of celery juice can “actually change the function of any medications that you may already be taking,” she said.

If you think you’re getting all the benefits of eating a whole stalk of celery by drinking a single glass, Saxena says you should think again.

Many of the nutrients found in celery come from eating the entire stalk, she said. Juicing strips out much of the pulp, which is where most those beneficial nutrients are found.

How long will it last?

While many food fads have come and gone, others are sustained, says von Massow.

He points to quinoa as an example. About a decade ago, the grain was not a popular food. But it remains a staple on store shelves today, in part thanks to its protein content and an endorsement from Oprah.

Fad or not, the celery supply will respond to demand, von Massow says.

“If this is a sustained change in demand, we will see people plant more celery. If it’s not a sustained increase, if celery all of a sudden goes the way of the dodo bird, celery demand will go down — and price will go with it.”