Here's our second look at the week, with our roundup of eclectic and under-the-radar health and medical science news. If you haven't subscribed yet, you can do that by clicking here.

It's not just the EpiPen. Drug shortages have quietly become a chronic problem for Canada's health-care system. This week alone, 25 new drugs were listed on Canada's drug shortage website.

They include treatments for migraines, Parkinson's disease, schizophrenia, depression, hepatitis B, genital herpes, hypertension, and even generic Viagra.

They're the latest additions to a list of more than 700 drug shortages registered so far this year — a rotating series of supply interruptions with no apparent solution on the horizon.

"It's a huge problem that is largely being ignored," said Jacalyn Duffin, a hematologist and medical historian, who is one of the few experts studying the issue in Canada.

One of the drugs on the list is vitamin K, something three-year-old Jessica Tolensky needs as part of her daily intravenous infusion. Born with a short bowel, she depends on the IV for critical nutrients. But instead of getting a dose of vitamin K every night, as she normally does, the pharmacy is rationing her to only three doses a week. 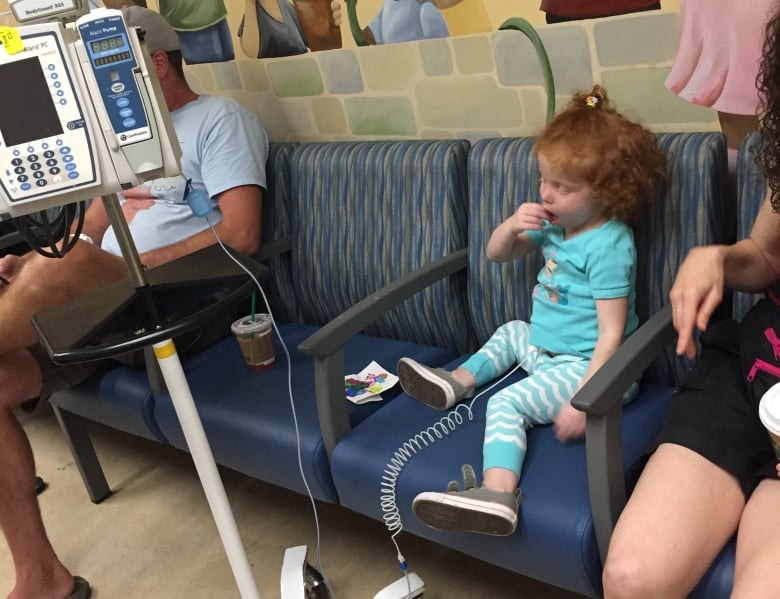 Jessica Tolensky, 3, depends on an IV for critical nutrients, but her vitamin K is being rationed. (Submitted by Heather Tolensky)

"I panicked," said her mother, Heather Tolensky, who was told there was a worldwide shortage.

The product is manufactured by Sandoz Canada. In an email, a company spokesperson said the shortage is due to a delay in obtaining a particular ingredient and the problem is expected to be resolved by October.

Also added to the drug shortage list this week: Marcaine E, a local anesthetic used in surgery, part of the same class of drugs that was running so short earlier this year that the Canadian Anesthesiologists' Society sent a letter to federal Health Minister Ginette Petitpas Taylor. The letter warned of the "significant safety issue" emerging with shortages of some of the most common local anesthetic drugs.

"We sometimes reach the stage where cancellation of surgery looks like the only prudent possibility," said Dr. Douglas DuVal, a past president of the society.

In Canada, Marcaine E is supplied by Pfizer Canada Inc.

"While the causes of individual back orders vary, the majority are due to three main factors — manufacturing, distribution and third-party supplier delays," Pfizer Canada spokesperson Christina Antoniou said in an email. "We are committed to restoring supply of important products for our customers and their patients."

Chasing drugs has become an inconvenient fact of life for Canada's pharmacists, who sometimes only learn about drug shortages when patients come in to fill prescriptions. 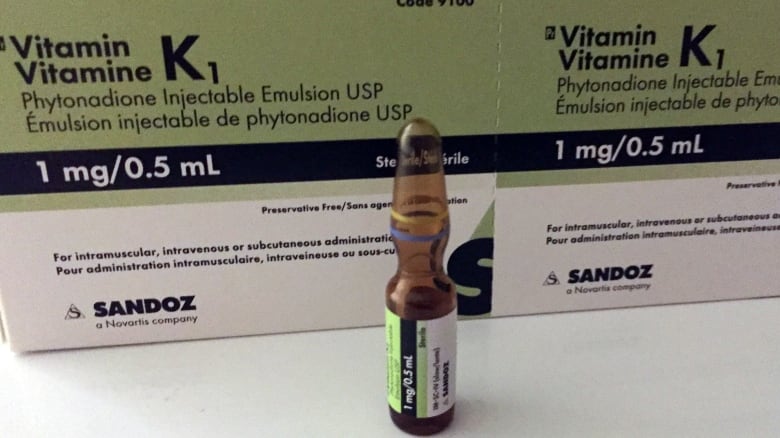 Chasing drugs in short supply has become an inconvenient fact of life for Canada's pharmacists. (Submitted by Heather Tolensky)

"I check my stock, I see we don't have this drug, I go to order it and it's not available," said Mina Tadrous, a community pharmacist and pharmacy researcher at St. Michael's Hospital in Toronto. He also finds out about shortages when other pharmacists call him looking for drugs.

"The good news is that often there's another product we can find."

It's not just pharmacies who are trading drugs to cover shortages — it's also countries.

Last month, because of a "critical shortage" in the injectable pain drug hydromorphone hydrochloride, the U.S. Food and Drug Administration (FDA) announced temporary approval to allow Canadian-made versions to cross the border.

And last week, Canada's health minister signed an order permitting U.S. supplies of another brand of epinephrine autoinjectors to be sold here to help solve the EpiPen shortage.

"It's a life-saving drug and it affects kids, and so you couldn't get a better poster child for the problem. But this is just one," said Duffin.

Duffin has been studying drug shortages since 2010, when one of her patients ran out of an anti-nausea drug and threatened to quit chemotherapy as a result. "I just could not believe it. That drug was a very old, reliable drug."

Back then, she wrote letters to federal and provincial ministers of health but received no response. So she started her own website to track the problem. Seven years later, she summarized her findings in a report released in June.

"There are about 1,200 products that go into short supply in Canada every year. There's at least 700 to 1,000 shortages going on at any given moment."

Why? There is a long list of possible causes, mostly related to the pharmaceutical manufacturing and supply chain, which is shrouded in secrecy. Often the raw materials for many different brands come from the same source.

It's something that became apparent last month when Health Canada reported that six different brands of the heart and blood pressure drug valsartan were recalled because of a risk of contamination with a cancer-causing agent.

"That was one of the first times when we got a really good glimpse of what happens," said Tadrous.

Even though there were several different brands being sold in Canada, many were using the same raw material supplier: a company in China.

"So what we saw was proof they're getting it from the same factory," he said.

'Why don't we just make them ourselves?'

In March 2017, Health Canada mandated that all drug shortages must be listed on the Drug Shortages Canada website.

"As of March 2018, the most commonly reported shortages were for antidepressants, antiepileptics, ACE Inhibitors, lipid-modifying agents and antipsychotics," said Health Canada spokesperson Rebecca Purdy in an email.

The industry decides what drugs to make and there are no requirements to keep specific drugs on the market.

"Health Canada is not proposing regulations that would compel companies to market approved products in Canada or establish an essential medicines list," said Purdy.

Duffin has a bold idea: Canada's governments could start making their own drugs.

"If there is a problem getting a hold of drugs, why don't we just make them ourselves?," she said.

It's an idea being tried by a group of U.S. hospitals and philanthropic organizations. This week in Utah, a new, not-for-profit generic drug company was officially established to manufacture 14 hospital drugs that suffer from chronic shortages.