Most respondents to a recent survey in the U.K. said they aren’t sure what will happen in their final days, a sign of the challenges faced by health-care providers there and in Canada when helping aging populations die with dignity.

Six in ten people said they know little or nothing about what happens in the final hours of life, according to the data released Thursday.

But — while it might sound like a grim thing to plan — a doctor affiliated with the survey said it’s crucial for people to talk to their friends, families and health providers about how they want to spend their last moments.

“There is no book of Dying for Dummies, unfortunately,” said Dr. Irene Higginson, director of the Cicely Saunders Institute in London, and a palliative care physician.

“The taboo that often surrounds death, dying and palliative care in society is often reflected by policymakers who don’t support enough facilities and research.”

If people don’t plan and tell their loved ones how they want to spend their final days, she said they’re likely to die in hospitals “where they don’t want to be — or not getting enough care in the community.” 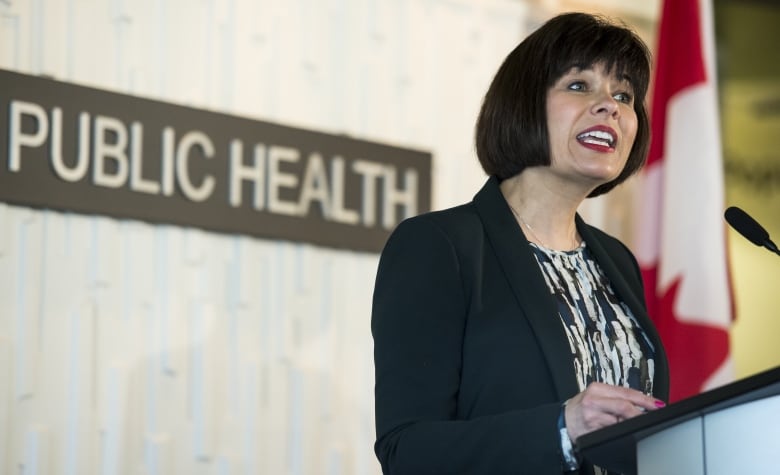 Health Minister Ginette Petitpas Taylor speaks during an announcement in Vancouver in April. On Friday, she pledged more than $ 4.5 million in new funding for palliative care. (Jonathan Hayward/The Canadian Press)

The biggest concern among respondents about being with someone as they died is that they would be in pain — 62 per cent identified this as their biggest worry, the survey said. More than half were concerned the person dying may be frightened, and 40 per cent feared the dying person might be panicked.

The survey of 966 British adults was carried out through face-to-face interviews via a random location sampling method by Ipsos MORI between April 5-19, 2019. The margin of error for the survey is plus or minus four percentage points, 19 times out of 20.

‘People don’t want to bring it up’

Most respondents said they learned about end-of-life care from friends and family, rather than doctors.

More than 15 per cent said they learned about death from TV dramas and soap operas, a fact Higginson found especially surprising.

In real life, most people die quite slowly in a “fluctuating way,” she said. Pain is common, but not universal, and people usually feel weak and sleepy as the body gradually slows before shutting down completely. Cameron Douglas, 72, poses for a photograph at his home in Toronto in 2016. Effective pain control was of utmost importance for Douglas when his wife Lynn was moved from the Princess Margaret Cancer Centre to Kensington Hospice, a homey 10-bed palliative-care facility in downtown Toronto, in 2013. (Nathan Denette/The Canadian Press)

“Canadians still don’t feel comfortable talking about what their end of life might look like,” Baxter said. “People don’t want to bring it up and health-care providers don’t bring it up either.”

While more than half of Canadians have talked to their spouses about the final wishes, less than 10 per cent have discussed the issue with their doctor, she said, citing separate polling commissioned by her group.

Roughly 20 per cent of health-care costs in countries like the U.K. and Canada with socialized medicine are spent in the patient’s last living year, said Higginson. Those costs are expected to rise dramatically as the proportion of older people grows.

About 60 per cent of Canadians spend their final days in an acute care hospital, said Baxter, even though that wouldn’t be the first choice for many.

“It’s really important for Canadians to talk about their end-of-life wishes when they are still healthy,” Baxter said.

“Canadians are saying they want to be at home as long as possible, but may not end up there.”