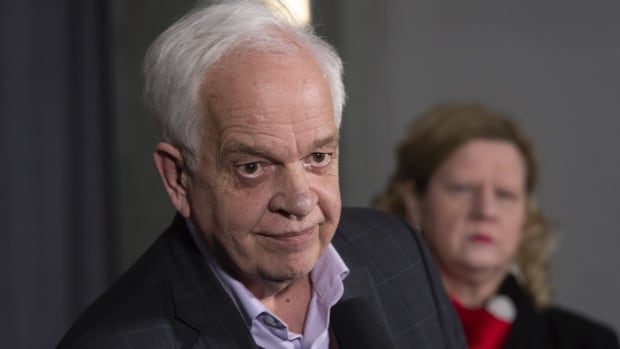 Conservative Leader Andrew Scheer is crying foul over the latest comments by Ottawa’s former ambassador to China, as the government tries to distance itself from those remarks.

John McCallum, jettisoned as Liberal ambassador in January amid rising diplomatic tensions between Canada and China, cautioned Beijing in an interview not to further escalate the crisis ahead of the federal election in October.

“Anything that is more negative against Canada will help the Conservatives, [who] are much less friendly to China than the Liberals,” McCallum was reported as saying to the South China Morning Post, in a story published Wednesday.

McCallum appeared to be speaking about the potential for more punitive measures that would affect Canadian exports. China has suspended imports of Canadian canola, pork and beef after the arrest of Huawei executive Meng Wanzhou in Vancouver in December at the behest of American officials.

“This problem will pass,” McCallum was quoted as saying. “It’s important for Canadian business people not just to come to China but to come often … especially when the going is tough.”

McCallum was let go from his post after remarks he made regarding the high-profile Meng extradition case. The longtime Liberal publicly opined that Meng, daughter of the founder of the Chinese telecom giant, had a strong case in fighting extradition to the U.S.

He also stated that any deal to spare Meng from prosecution in the U.S. should include the release of Michael Kovrig and Michael Spavor, Canadians detained in China.

Canadian Foreign Minister Chrystia Freeland took exception to her former colleague’s comments Thursday while speaking to reporters at an event in London.

“Mr. McCallum does not speak in the name of the Canadian government,” said Freeland. “I think it is inappropriate for any Canadian to be advising any foreign government in ways it ought or ought not to behave to secure any particular election outcome in Canada.”

Scheer was unmoved by the fact that McCallum was no longer speaking in an official capacity.

“Justin Trudeau still has not disavowed John McCallum’s invitation for the Chinese government to interfere in the upcoming election,” the Conservative leader said in a social media post. “The only conclusion to come to is that electing Justin Trudeau would be good for China, but bad for Canada.”