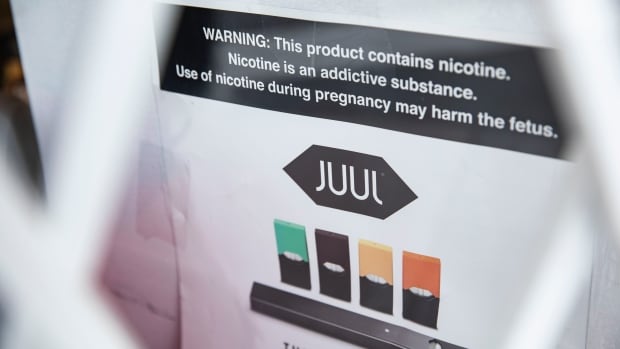 Juul Labs Inc. announced Monday that it will stop supporting a ballot measure to overturn an anti-vaping law in San Francisco, effectively killing the campaign.

The largest U.S. maker of e-cigarettes said it will end its support for Proposition C after donating nearly $ 19 million US. It was virtually the only financial backer of the measure.

“Based on that news, we have made the decision not to continue on with the campaign,” Yes on C said in a statement.

However, the proposition will still appear on the November ballot.

Proposition C would have allowed the sale of vape products to adults, partially overturning the city’s June ordinance that as of next year would ban sales of e-cigarettes and vape products not reviewed by the U.S. Food and Drug Administration.

The move was part of a broad review of company policies in the wake of a leadership shakeup.

“I am committed to seeing that Juul engages productively with all stakeholders, including regulators, policymakers and our customers,” newly appointed chief executive officer K.C. Crosthwaite said in a statement. “This decision does not change the fact that as a San Francisco-founded and headquartered company we remain committed to the city.”

However, Larry Tramutola, who directs the No on Prop C campaign, was skeptical, noting that about $ 7 million in Juul’s campaign donations remain unspent.

“This could very well be yet another of a series of lies and exaggerations from Juul and Big Tobacco,” he said in a statement.

“Until they return the $ 7 million unspent dollars that is in their political account, until they suspend their mail, their advertising, their paid phone calls and lay off their consultants we do not believe them.”

The move came as a 14th U.S. death linked to vaping was reported in Nebraska. Hundreds of people have suffered lung ailments tied to vaping, although no major e-cigarette company has been linked to them and many patients said they vaped products that included THC, the intoxicating chemical in marijuana.

Even so, critics contend that vaping products are being marketed to minors through the use of social media popular with teens and the production of candy- and fruit-flavoured vaping capsules.

Last month, India banned the sale and import of electronic cigarettes, warning of a vaping “epidemic” among young people and dashing plans of companies such as Juul and Philip Morris International to sell products in the country.

Juul had aimed to launch its e-cigarette in India in late 2019 and had hired several senior executives in recent months, Reuters has previously reported.

Washington announced Tuesday it is joining several other states in banning the sale of flavoured vaping products amid concern over the mysterious lung illness that has sickened hundreds of people and killed about a dozen across the country.

Juul has said it doesn’t market to young people, and its products are meant to be an alternative to smoking. However, the company’s advertising is under federal investigation, and the company recently announced it will stop advertising its e-cigarettes in the U.S.

E-cigarettes have been largely unregulated since arriving in the U.S. in 2007. The Food and Drug Administration has set next May as a deadline for manufacturers to submit their products for review.

Health experts generally consider e-cigarettes less harmful than traditional cigarettes, because they don’t contain all the cancer-causing byproducts of burning tobacco. But there’s virtually no long-term research on the health effects of the vapour produced when e-cigarettes heat a liquid with nicotine.