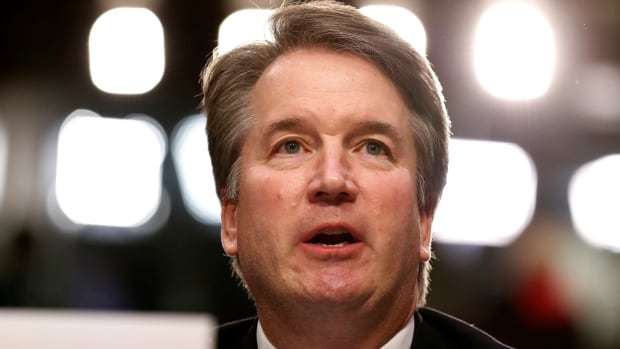 The woman who accused U.S. President Donald Trump's Supreme Court nominee, Brett Kavanaugh, of sexual assault wants her allegations to be investigated by the FBI before she appears before a Senate committee considering his nomination, one of her lawyers said on Tuesday.

Christine Blasey Ford, a university professor in California, has accused Kavanaugh of sexually assaulting her in 1982 when they were both high school students, allegations Kavanaugh has called "completely false."

"As the judiciary committee has recognized and done before, an FBI investigation of the incident should be the first step in addressing her allegations," reads a letter Ford's lawyers sent to Sen. Chuck Grassley, the Republican chairman of the Senate judiciary committee.

"A full investigation by law enforcement officials will ensure that the crucial facts and witnesses in this matter are assessed in a non-partisan manner, and that the committee is fully informed before conducting any hearing or making any decisions," it says.

But the letter follows a Justice Department statement from Monday that said Ford's accusation "does not involve any potential federal crime." It also said the FBI "does not make any judgment about the credibility or significance of any allegation," which seemed to suggest that the agency was not currently investigating it. Republicans and the White House have likewise argued such a probe isn't the FBI's role.

Ford's letter notes that since her identity was revealed over the weekend, she has received "vicious harassment and even death threats," has been forced to relocate from her home and has had her email hacked.

The development comes as Trump showered sympathy on his embattled nominee and as Senate Republicans and Democrats fought determinedly over who should testify at a high-stakes hearing scheduled for Monday.

Democrats have said they wanted more time before a vote on Kavanaugh's confirmation to allow the FBI to investigate — and more witnesses besides Kavanaugh and Ford — to avoid what would turn into merely a "he said, she said" moment. Those witnesses would include Kavanaugh's high school friend Mark Judge, who Ford said was in the room when she was assaulted. Kavanaugh has denied Ford's allegation, and Judge says he doesn't remember any such incident and won't attend the hearing.

The lawyers for Ford predicted the hearing, as now scheduled, "would include interrogation by senators who appear to have made up their minds" that she is "mistaken" and "mixed up."

The furious jockeying over her testimony underscores the political potency so close to the Nov. 6 midterm elections that will decide control of both the House of Representatives and Senate, not to mention the confirmation of a conservative justice likely to serve on the high court for decades.

With files from CBC News and The Associated Press