It's easy to tell male teenage hockey players not to use homophobic slurs. It's more difficult to actually persuade them to change the vocabulary they use in the private confines of their dressing room.

But when the voice they hear is one of their own, the message becomes more convincing.

"When they see me, they see a hockey guy," said 35-year-old Brock McGillis.

"I'm built like a hockey guy. I speak 'hockey.' I can go in there and talk to them like I'm one of their buddies."

McGillis, a gay former semi-professional hockey player, has spent the last two years sharing his story at elementary schools and high schools, and with junior hockey teams across Canada. He wants young players to understand the pain their homophobic language can cause. 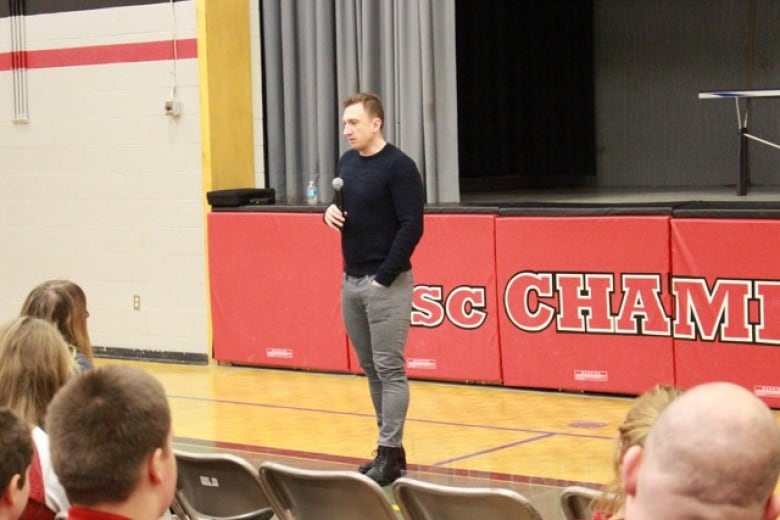 The Sudbury, Ont., native played in the Ontario Hockey League in the early 2000s, and had stints in the Dutch Professional League and with the Concordia University men's team in Montreal.

Throughout his career, McGillis adopted a hyper-masculine attitude in order to fit in. He hid his sexual orientation from his teammates by dating women and using the same homophobic and sexist language he now advocates against.

While everything might have seemed okay from the outside, McGillis was going through hell internally. He dealt with crippling depression and contemplated suicide on a number of occasions.

In November 2016, Yahoo Sports Canada published a first-person piece written by McGillis in which he opened up about his sexual orientation and discussed the turmoil he went through as a closeted gay player.

In January 2017, just two months after going public with his story, McGillis began travelling across Canada to share his story, speaking to more than 200,000 people across the country.

He says many young players, regardless of their sexual orientation, have reached out to him for help after his talks because they know he's dealt with depression in the past. 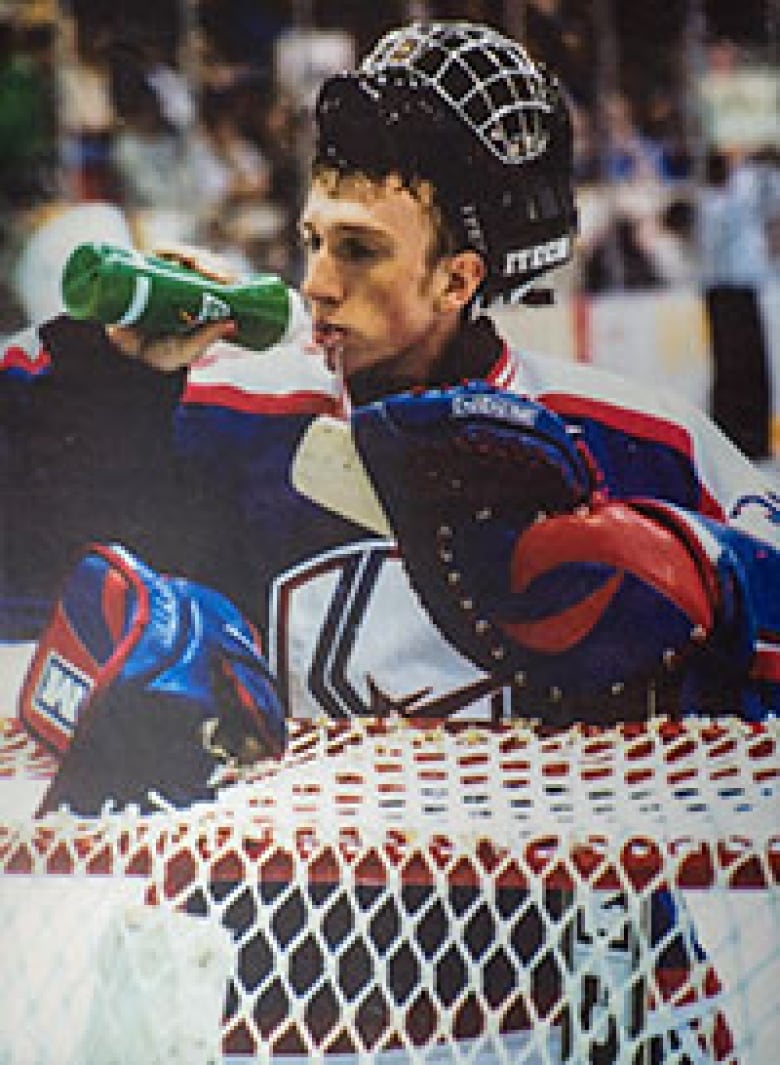 McGillis hid his sexual orientation during his hockey career. (Submitted by Brock McGillis)

"I think they're afraid to reach out to their team because of the stigma around mental health that still exists," McGillis said.

According to McGillis, one of the problems is many young hockey players feel the need to exude a certain type of persona to fit in.

"That hyper-masculine bro macho [man] really isn't who they are. They've conformed," he said.

"Who they really are is how they talk to their mom, or their girlfriend, not the act they're putting on in these public settings."

The last time he visited an OHL team, McGillis had all the players reveal something about themselves their teammates didn't know.

"I had kids telling me they like writing poetry," he remembered. "One kid said he loved watching animal documentaries. … They're hiding this from their teammates. They want to fit in, just like I hid my sexuality to fit in. And they're unhappy doing it."

He recalled the experience of a player he worked with that had just moved away from home to join a junior hockey team.

"Their pre-game huddle was, 'Those guys are f–king fags. Let's beat the shit out of them.' It was his first day with the team. He just looked around and went 'Where am I?'"

McGillis knows plenty of talented gay hockey players that haven't reached their potential as a result of discrimination.

A friend of his was a captain of one of the top teams in the Greater Toronto Hockey League, and a fourth-round draft pick in the OHL. He quit hockey after his minor midget year.

Another friend of his turned down a spot on a Junior B team because he had a boyfriend at the university he didn't want anyone to find out about.

"He went and played Junior C at a smaller community 45 minutes away," McGillis said, "just so he could play hockey and hide who he was."

According to McGillis, hockey's secluded nature has enabled homophobic and sexist language to be passed down from generation to generation without reprieve.

"Hockey is incredibly insular … most parents of hockey players played the game at some level, and hockey coaches are former players," he said. "The language used for the last 50 years hasn't shifted."

Ted Baker, vice president of the OHL, says the league will discipline anyone who utters a homophobic slur.

"It's an automatic minimum five-game suspension," says Baker. "It's pretty tough for the league to scrutinize, and oversee conversation in the dressing room.  We entrust our officials to scrutinize what is said on the ice.

"We have a diversity policy. It's all-inclusive to include homophobic language, and includes any type of language that deals with a person's race, creed, gender, or sexuality."

"Prior to this season and during the early part of this season, all of our players, coaching staffs and training staff were required to view a diversity chat video, which talked about inclusivity within our sport.  It's not only about catching kids in terms of saying things.  It's about educating players as to the proper way that you engage with others." 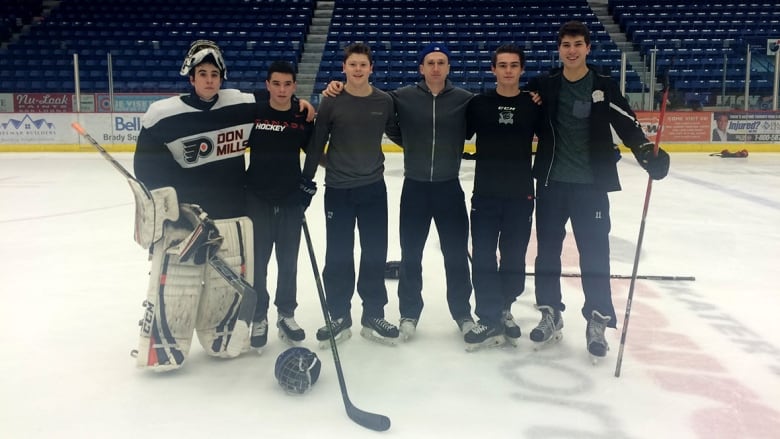 After an extremely hectic two years, McGillis is trying to cut down his travel.

He's seeking out ways to get his message across to a larger audience at one time. He's in the process of creating a YouTube channel. He's thinking about writing a book. He's working on a television show idea to try and give role models to LGBTQ youth.

Most importantly, he knows how much work remains to be done to change the discriminatory language used in dressing rooms, as well as the way people in hockey think about mental health.

"We always use terms like, 'Well, it's 2019. Things have changed,' But kids are hurting," McGillis said. "Adults are hurting. And we haven't done enough to fix that."