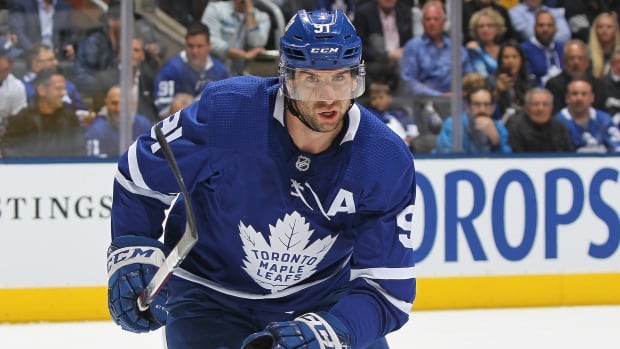 Tavares set a career high with 47 goals and added 41 assists for the Maple Leafs this season, while Stone had 33 goals and 40 assists in the regular season with Ottawa and Vegas and added 12 points in the Golden Knights’ seven-game first-round playoff loss to San Jose.

They will be tasked with providing much of the offence on a forward group that has plenty of NHL experience but lacks star power, though Philadelphia centre Sean Couturier, who had 33 points and 43 assists for the Flyers this season, should give Canada a capable one-two punch at centre with Tavares.

Chabot is coming off a breakout sophomore season with the Senators that saw him put up 14 goals and 41 assists. Vegas defenceman Shea Theodore and Edmonton rearguard Darnell Nurse should provide additional offensive support form the blue line.

Canada opens its quest for its 27th world championship gold medal — and first since 2016 — May 10 against Finland at Steel Arena in Kosice, Slovakia.