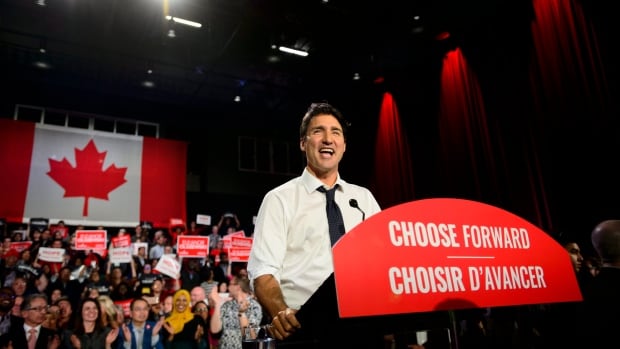 The Liberals are promising to ensure all Canadians have access to a family doctor, mental health services and prescription drugs, but have released few details on how a re-elected Liberal government would implement a national pharmacare program or how much it would cost.

Promising to take the “critical next steps” towards a national pharmacare program, background materials say the Liberals would negotiate with the provinces and territories to improve health care outcomes, including seeking a mandate to move ahead to design and implement the program.

In June, the advisory council appointed by the Liberal government recommended the establishment of a universal, single-payer public pharmacare system.

The council’s 171-page report called for the creation of a new drug agency that would draft a national list of prescription medicines that would be covered by the taxpayer, beginning with an initial list of common and essential drugs, by Jan. 1, 2022.

The council recommended that initial list be expanded to a comprehensive plan by Jan. 2, 2027. When fully implemented, the total cost would be $ 15 billion a year.

Dr. Eric Hoskins, a former Ontario health minister and chair of the advisory council, acknowledged at the time there are “significant incremental costs” to building pharmacare, but he noted that those costs are already being picked up by Canadians.

The Liberal backgrounder released on Monday with Trudeau’s announcement says a re-elected government would also commit to establishing the Canada Drug Agency to make drug purchasing “more effective and efficient,” to implement a national formulary with provinces, territories and other stakeholders to lower drug prices, and to implement a rare disease drug strategy to help Canadian families save money on high-cost drugs.

Drug pricing changes on the way

The federal government is also making changes to the way it will evaluate new drug prices in a move to try and save Canadians billions over the next 10 years.

In August, the government released changes to the Patented Medicine Prices Review Board, first set up in 1987 as a shield against high drug prices, which are set to kick in next July.

Under the new regulations, the board will no longer compare prices with the United States and Switzerland, which have some of the world’s highest drug prices, when figuring out what companies are allowed to charge. It will still compare drug prices to France, Germany and Italy, and has added Japan, Spain, Norway, Australia, Belgium and the Netherlands to the list.

The Liberal Party says these measures represent a $ 6 billion federal investment — what it calls an “additional down payment” – with details related to costing to be released “over the course of the campaign.”

The Liberal Party has been criticized for not having every platform promise costed and publicly released by the Parliamentary Budget Officer, as the Conservative Party and NDP have done.