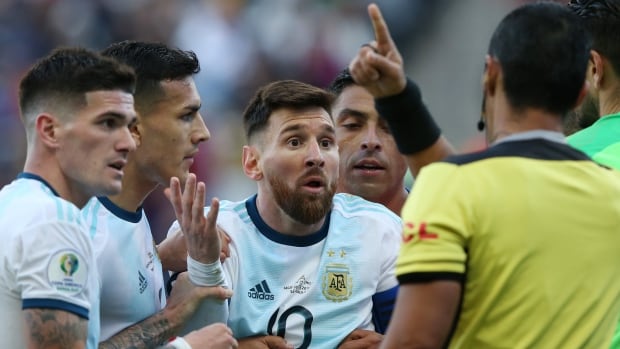 Soccer body CONMEBOL has suspended Lionel Messi from international matches with Argentina for three months because of accusations of corruption he made at the latest Copa America.

The South American body also said Friday that it fined the superstar in $ 50,000 US for his comments after Argentina’s 2-1 win against Chile in the third-place playoff of the tournament in July.

Messi and Argentina can still appeal the decision, which stops the striker from playing in four friendlies this year.

The 32-year-old will not play Argentina matches in September against Chile and Mexico, plus another two in October versus Germany and another adversary to be picked.

Messi is already suspended from the first match of the South American World Cup qualifiers next March because of the red card he received against Chile.