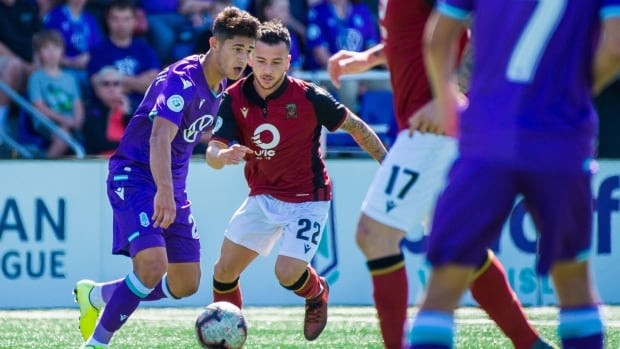 Pacific FC marked the grand re-opening of their Westhhills Stadium, in Langford, B.C., with a thrilling 2-1 victory against Winnipeg’s Valour FC on Saturday.

After a sleepy first half, the game turned in the second following a red card and several controversial calls.

In-form Valour attacker Michael Petrasso got things started in the 58th minute, redirecting a cross from teammate Raphel Garcia to put the Winnipeg side up 1-0.

Two minutes later, Marcus Haber would draw Pacific level. Seconds after coming on as a substitute Haber headed home the equalizer, on his first touch.

Haber would then score the go-ahead, after being taken while away from the ball in the box by Valour’s Raphael Ohin, in the 80th minute.

A hotly-contested final ten minutes followed. Matthew Baldisimo was sent off for dissent – with another red card given to Pacific’s bench – giving Valour a lifeline. However they were unable to draw level, as Pacific recorded their first back-to-back victory in club history.