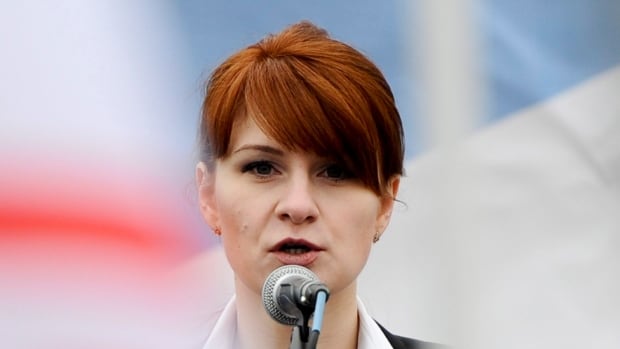 A federal judge on Friday sentenced Russian agent Maria Butina to 18 months in prison after Butina pleaded guilty in December to conspiring with a Russian official to infiltrate a gun rights group and influence U.S. conservative activists and Republicans.

U.S. District Court Judge Tanya Chutkan said the 18 months will include the approximately nine months Butina already has served in jail since her arrest in July. She also agreed to have Butina deported back to Russia after she completes her sentence.

“This was no simple misunderstanding by an overeager foreign student,” Chutkan said before imposing the sentence, which was the same amount of prison time prosecutors had recommended.

Butina’s lawyers had asked the judge to impose a sentence of time served, and the probation office had suggested a sentence of 12 months and one day.

Butina, a former graduate student at American University in Washington who publicly advocated for gun rights, begged the judge for mercy before her sentencing and expressed remorse.

Clad in a green prison jumpsuit, her voice broke at times as she read from a prepared statement.

“I have three degrees, but now I am a convicted felon with no job, no money,” she said.

She also said she was “deeply sorry” and asked the judge for mercy.

Since her arrest in July 2018, Russian officials have scoffed at the assertion by American prosecutors that she was acting on behalf of the Kremlin.