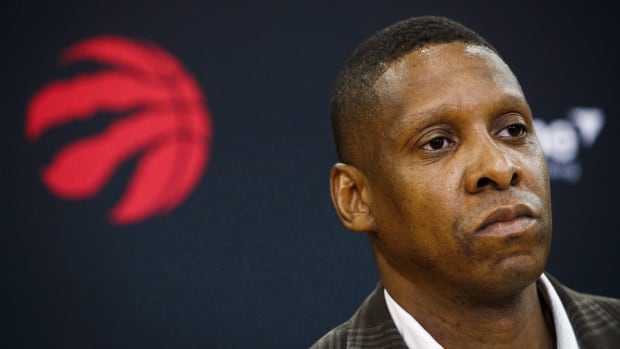 Toronto Raptors president Masai Ujiri says conversations about racism can no longer be avoided in the aftermath of the death of George Floyd in Minneapolis, and the protests around the United States that have followed.

Ujiri, in a column that was published Sunday by the Globe and Mail, wrote about his reaction to seeing the video of Floyd, a 46-year-old black man, dying after a Minneapolis police officer pressed his knee into his neck for several minutes, even after he stopped moving and pleading for air last Monday.

‘We have to stop that cycle’

Ujiri also referenced the recent death of Ahmaud Arbery, a black man who was shot while jogging in Georgia, and of Breonna Taylor, a young black woman who was fatally shot by police in her home in Kentucky.

“A death like this happens, and we rage about it, and the headlines recede, and the world moves on, and then a few weeks later something else happens and we’re outraged again and then we move on, again. We have to stop that cycle,” Ujiri said in the column.

“So many of you are asking: What can I do? There is a sense of helplessness, but that must not paralyze us,” he added. “Your voice matters, especially when you are a leader or influential figure, and especially if you are white. Leaders have to be bold enough to state the obvious and call out racism.”

“The conversation can no longer be avoided because it is hard. We have to have it. Now.”

This week thousands have protested Floyd’s death and repeated police killings of black men across the United States.

Ujiri said “police have a tough job. But … they are supposed to protect all of us.

“I didn’t see any peace or protection when that officer had his knee on Mr. Floyd’s neck. I saw indifference,” Ujiri wrote. “The ‘order’ in ‘law and order’ should not mean the deadly suppression of people of colour; it should mean preserving a society so we can all feel free and safe, to live in peace with each other.”

“As an organization and a community, we come from all over the world. We are diverse. We speak different languages. But our shared humanity unites us,” the Toronto Raptors said in a released statement Saturday night.

Statement From The Toronto Raptors: <a href=”https://t.co/almbXwi005″>pic.twitter.com/almbXwi005</a>

“When we see racism and violence committed against someone because of the colour of their skin, we should, and do, feel outrage. We cannot accept this. While we grieve for those we have lost, we know grieving is not enough. We must honour their memory by acknowledging these ills exist, confronting them, and coming together to create a better society. It is far past time.”

NBA Hall of Famer Michael Jordan, who is also the principal owner of the Charlotte Hornets, also released a statement on Sunday.

Statement from Michael Jordan: <a href=”https://t.co/lWkZOf1Tmr”>pic.twitter.com/lWkZOf1Tmr</a>

“I am deeply saddened, truly pained and plain angry. I see and feel everyone’s pain, outrage and frustration. I stand with those who are calling out the ingrained racism and violence toward people of colour in our country. We have had enough.

I don’t have the answers, but our collective voices show strength and the inability to be divided by others. We must listen to each other, show compassion and empathy and never turn our backs on senseless brutality. We need to continue peaceful expressions against injustice and demand accountability. Our unified voice needs to put pressure on our leaders to change our laws, or else we need to use our vote to create systemic change. Every one of us needs to be part of the solution, and we work together to ensure justice for all.

My heart goes out to the family of George Floyd and to the countless others whose lives have been brutally and senselessly taken through the acts of racism and injustice.”