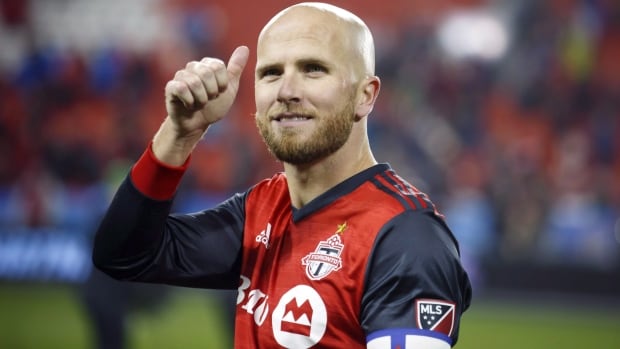 A source, speaking on condition of anonymity because the agreement had not been announced, confirmed that the 32-year-old midfielder has agreed on a new contract.

The MLS club has scheduled a “major announcement” for Thursday.

The new deal involved targeted allocation money, meaning Bradley will give up his designated player status and take a paycut from the $ 6.5 million US he earned this season. That opens the way to the club fulfilling its off-season goal to add to its offence.

Bradley’s $ 39-million, six-year contract expires at the end of the year.

The TFC skipper elected not to talk about his contract status this year, saying he did not want it to become a distraction. But he made no secret of his love for Toronto and said money was not an issue.