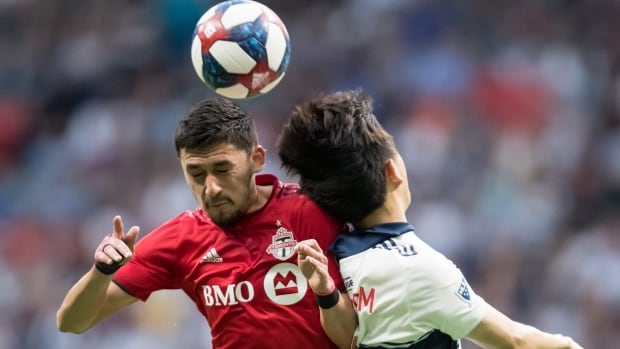 MLS players have ratified a new collective bargaining agreement, paving the way for the league to return to play.

The MLS Players Association confirmed the vote on the CBA, which will run an additional year through the 2025 season. The two sides reached agreement on an agreement in February that went through 2024 but it was never ratified.

The PA did not provide details of the new CBA. MLS commissioner Don Garber was scheduled to speak later Wednesday.

The players were reportedly facing a lockout after the two sides found themselves in an impasse over concessions but managed to come to an agreement.

“I’m proud of our players,” tweeted Minnesota United midfielder Ethan Finlay, a member of the MLSP’s executive board. “We united when faced with the greatest threat to our careers. Now let’s do the same to unite against racism and injustice for all humans.”

The MLSPA said the vote “finalizes a plan to resume the 2020 season and provides players with certainty for the months ahead. It allows our members to move forward and continue to compete in the game they love.

“However, we recognize that we are all moving forward — as players, as fans, as societies, as a world — into a future that looks much different than the one we envisioned a few months ago. There are problems we face collectively that are both more urgent, and more important, than competing on the field. We are grieving, we are fed up, we expect change, and we expect action.

“This change won’t come on the field, but it will come partly through the force and determination of all who seek justice and equality. We hope our return to the field will allow fans a momentary release and a semblance of normalcy.

Players from Toronto FC, the Montreal Impact, Vancouver Whitecaps and other markets skipped training the last two days as the two sides remained at odds. TFC players also did not train Wednesday morning.

While the training sessions are considered voluntary, players had been routinely taking part prior to Monday.

The MLS season has been on hold since March 12 due to the global pandemic.

On Sunday night, the Players Association announced its membership had approved a package for the 2020 season including player salary reductions and additional concessions. It did not provide specifics although the proposal included participating in a summer tournament in Orlando.

The league declined comment but reports soon emerged that it wanted more concessions.