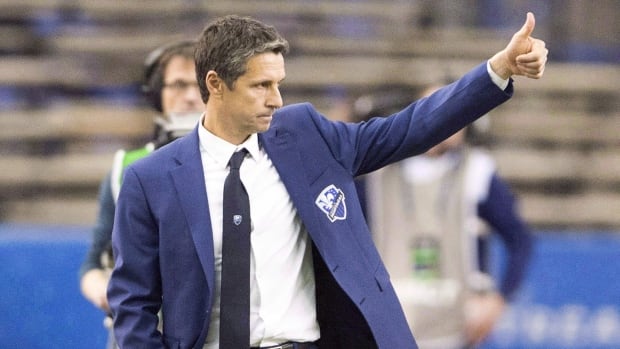 The Montreal Impact have fired head coach Rémi Garde and replaced him with Wilmer Cabrera.

The move comes 27 games into the Garde’s second season with the club as the Impact struggle to hang on to a Major League Soccer playoff spot.

The Impact are coming off a shocking 3-3 draw with FC Dallas at Saputo Stadium on Saturday that saw the visitors erase a 3-0 deficit with three goals in just over 30 minutes.

Montreal has a precarious hold on the seventh and final Eastern Conference playoff spot, tied on points at 34 with Orlando City and Toronto FC but owning tiebreakers over both clubs.

Cabrera joins the Impact after being fired by the Houston Dynamo last week.