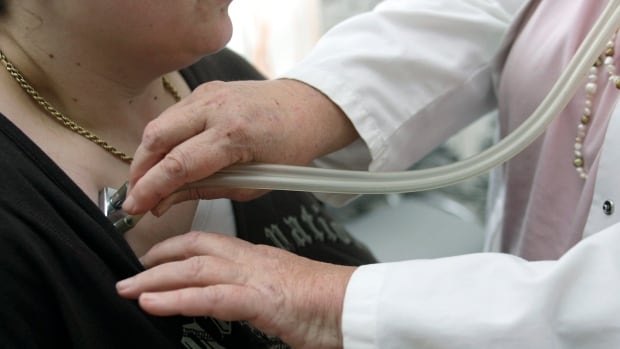 An Annapolis Valley community is trying a new approach to connect residents with medical services, but not everyone agrees with this idea to address Nova Scotia’s shortage of rural family doctors.

The village of Lawrencetown has announced plans to turn its medical clinic into a co-operative, with primary-care services offered as a monthly subscription service to members who buy a share for $ 100 and pay monthly fees from $ 40 to $ 60.

The idea of privately funded health-care clinics is a hot-button issue across Canada. Private clinics are not illegal, though billing for medically necessary care is a violation under the Canada Health Act.

And some in parts of Nova Scotia, for instance, are raising concerns about the fee-for-service approach.

Maria Hagen is a retired pharmacist living in Saint Croix Cove, N.S, along the Fundy Shore. She has been a patient of Lawrencetown’s only physician, Dr. Grant Goodine, for more than 30 years. With Goodine retiring in June, Hagen disagrees with a co-operative replacing his practice.

Hagen said even at $ 40 a month, she wouldn’t be able to afford the co-operative’s subscription fees. She said many other people living in rural Nova Scotia likely won’t either.

“I haven’t worked for six years. I don’t have any savings. I’m not old enough to get CPP,” said Hagen. “I’m barely making it on day-to-day stuff. That’s what most people out here are [dealing with].”

While Hagen said she applauds Lawrencetown for coming up with the plan, she’d like to see the village lobby the province to cover the costs.

“I’m really concerned that with the loss of Goodine, there’s another hole in a wide range of services,” said Hagen. “There’s lots of people here who are disadvantaged. They can’t afford to pay for a private clinic.”

No luck recruiting a doctor yet

Brian Reid, chair of the village commission, was not immediately available for an interview, but a letter about the medical co-operative was posted on the commission’s website on May 13. Reid writes that the village approached the Nova Scotia Health Authority about recruiting a doctor to replace Goodine when he retires.

“It has not been a productive exercise particularly with the shortage of physicians and competing priorities of the authority,” the letter says.

It says the village asked for advice from potential physicians, and learned the clinic would be more attractive to a new physician if it could house a collective of health care professionals.

The village has “taken that to heart” and is looking to add a second floor of office space and a pharmacy to its existing clinic. Reid said in his letter that while the co-operative has not yet been successful in recruiting a doctor, it still hopes to offer primary-care services by Sept. 1. The village hopes to have the clinic run by volunteers and staffed by nurses and pharmacists.

It isn’t the first time the village has started a co-operative to provide a key service — three years ago, Lawrencetown banded together to launch its own broadband Wi-Fi network.

The province’s Health Department said in an email to CBC News that neither the department nor the health authority was involved in the planning of the proposed co-operative.

Spokesperson Andrew Preeper said the department will reach out to the village for more information.

Clinic would also use telehealth services

The village is also looking at the possibility of using telehealth services, meaning people can phone in to get health advice, until it gets a physician and to supplement care once the clinic is up and running.

Lawrencetown is not the only community in the area experimenting with telehealth. On Wednesday, a “private evening clinic” was offered at Wilsons Pharmasave in Berwick, N.S.

Pharmacists were on hand to assist with filling prescriptions, and patients were given the chance to connect virtually with a doctor via Maple, a Canadian company that provides online access to doctors for a $ 49 fee.

Maple provides patients with diagnoses and prescriptions over a video call through an app. The service has more than 350,000 patients across Canada, with four per cent of its user base in Nova Scotia.

Dr. Brett Belchetz, CEO and co-founder of Maple, said the service isn’t intended as a replacement for seeing a doctor, but provides frontline relief, something that could be helpful in rural communities where doctors are few and far between.

That’s not what Nova Scotia health care is about. I don’t believe in what they’re doing, charging people.– Leslie Tilley

But some community members don’t agree with paying $ 49 to speak to a doctor.

“I guess if someone wants to use the service, it’s there,” said Leslie Tilley, a resident of nearby Greenwood N.S. “However, that’s not what Nova Scotia health care is about. I don’t believe in what they’re doing, charging people.”

Michael McIntyre, pharmacy manager at Wilsons Pharmasave, said the purpose of the event was to inform the community of other supports available is seeing a doctor in person isn’t possible.

“This way we can help them on site rather than sending them to the emergency department.”

Only one person came into the pharmacy to access the doctor service during the clinic, though McIntyre said he received a few calls from residents wondering about the services Maple offered. McIntyre said he would like to try to host a similar event again to see if it gets more traction.

Private clinics in other parts of the country

In other parts of Canada, for nearly a decade in British Columbia, for example, Dr. Brian Day and his private Cambie Surgery Centre have fought the province on whether doctors can charge privately for services.

Last November, the B.C. Supreme Court gave private clinics a reprieve from fines they could have faced from the province over billing, saying dumping patients from accessing private procedures could cause harm.

In Alberta, the NDP had plans to introduce legislation this spring to prevent the further privatization of the health-care system by banning extra billing at fee-based private clinics.