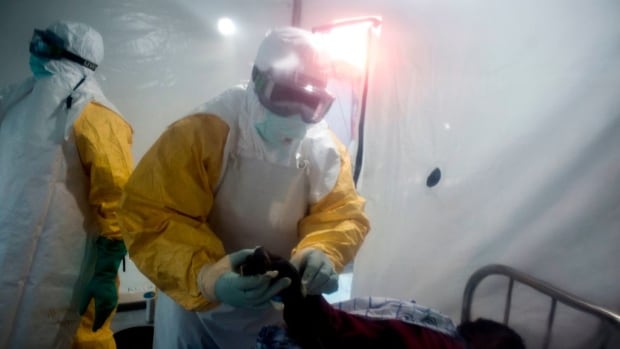 A Congolese official says militia members have attacked an Ebola treatment centre hours after another attack killed a staffer with the World Health Organization.

Butembo city’s deputy mayor, Patrick Kambale Tsiko, told The Associated Press on Saturday that the attackers armed with machetes tried to burn down the centre in Katwa district overnight.

Tsiko says military and police guarding the centre killed one militia member and detained five others.

An attack on Friday on a hospital in Butembo killed an epidemiologist from Cameroon who had been deployed to the Ebola outbreak in eastern Congo. Tsiko cited witnesses as saying the attackers wrongly blamed foreigners for bringing the deadly virus to the region.

This Ebola outbreak is the second-deadliest in history. Rebel attacks and community resistance have greatly complicated containment efforts.

Dozens of rebel groups are active in eastern Congo. There also has been some community resistance to Ebola containment efforts in a traumatized, wary region that had never faced an outbreak of the virus before.

Ebola can spread quickly and can be fatal in up to 90 per cent of cases. The hemorrhagic fever is most often spread by close contact with the bodily fluids of people exhibiting symptoms or with objects such as sheets that have been contaminated.

Since the latest Ebola outbreak in Congo was declared in August, there have been more than 1,300 confirmed and probable cases, including 843 deaths, the health ministry said Thursday.

More than 102,000 people have received an experimental but effective Ebola vaccine.