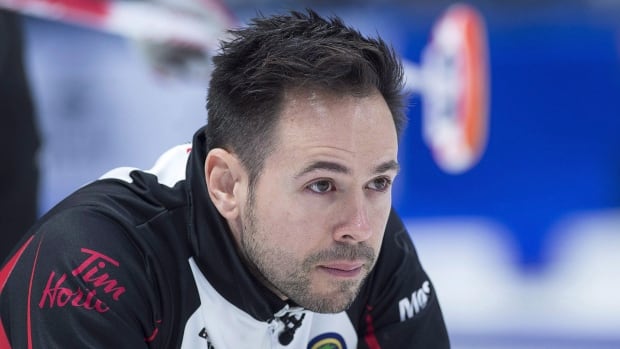 It can be quite common for new-look curling teams to need appearances at several bonspiels before finding a true rhythm on the ice.

Skip John Epping, new third Ryan Fry, second Mat Camm and lead Brent Laing are off to a dream start this season. They topped an excellent field to win the AMJ Campbell Shorty Jenkins Classic in Cornwall, Ont., over the weekend for their second straight World Curling Tour title.

“I think that this is maybe one of the most consistent teams that I’ll ever be a part of,” Epping said Monday.

The Toronto skip scored three in the fourth end and held on for a 5-3 win Sunday over Brad Jacobs’ team at the Cornwall Curling Club. Other big names in the field included Brad Gushue, Kevin Koe, Bruce Mouat, Brendan Bottcher and Matt Dunstone.

The victory came a week after Epping opened his season with a victory at the Stu Sells Oakville Tankard.

“It’s the honeymoon phase too, breaks are going our way,” Laing said. “We’re trying to still figure each other out and how this team operates. It has come down to execution as it always does. We’ve played quite well and John has made some big shots to get us those two early wins for sure.”

After an up-and-down 2018-19 season, the team announced changes late in the campaign.

Fry came on board after a strong seven-year run with Team Jacobs and Camm moved to second. Laing shifted to first stones and Craig Savill was the odd man out.

2019 Shorty Jenkins Classic Champs!🏆🥌 <br><br>What a great battle this week ending in a very close game against <a href=”https://twitter.com/TeamBradJacobs?ref_src=twsrc%5Etfw”>@TeamBradJacobs</a>.<br><br>Thank you to all the fans, organizing committee, volunteers and sponsors for putting on another great event! Nice back-to-back win in Mat’s hometown. <a href=”https://t.co/gZWwSY4ilt”>pic.twitter.com/gZWwSY4ilt</a>

“You don’t get an opportunity in your career that often to have a total refresh,” Fry said. “That’s what this team is for me.”

On the front end, Laing said he and Camm are still fine-tuning their sweeping skills together but have enjoyed a smooth transition overall.

“He’s just one of the most easygoing guys you could ever meet in your life,” Laing said. “I’ve never seen him upset and I’ve never seen him really rattled. He’s got the skillset and the ability to throw it 100 miles an hour but he’s got the touch to go along with that. He’s got all the shots and all the potential in the world.”

Fry’s strategy skills should help Epping, who may not need to rely on his trademark highlight-reel shots as often. The two are longtime friends who have jelled quickly on the ice to form a strong back end.

“He’s such a great player and a positive guy to be around,” Epping said. “So far he’s just made me feel like I can make everything out there.”

Laing played lead early in his career while Camm should be under a little less pressure at second. Fry is a well-rounded player who’s considered one of the sport’s top line callers.

“There’s going to be times like last weekend where the guys played absolutely perfect games,” Epping said. “I was just kind of average and we were able to win because they were just so good ahead of me.”

Fry won Olympic gold at the 2014 Sochi Games while Laing represented Canada at the 2018 Pyeongchang Games with Koe. Both players have also won national titles and have world championship experience.

That can only help Epping, who has won four Grand Slam titles over his career but didn’t make his Tim Hortons Brier debut until 2018. He lost in the wild-card game at the national playdowns last season.

‘This to me feels absolutely right’

Epping, who beat Dunstone in the Oakville final, is 14-2 on the young season. The team is second behind Koe on the World Curling Tour’s Order of Merit and leads the year-to-date ranking list.

“We have that mindset that if we work together and just be the best teammates we can possibly be, that good things happen,” Fry said. “Early in the season I think you’re seeing the results of how quickly we’re bonding as a team.”

The rink will take a couple weeks off before playing the Oct. 3-7 Stu Sells Toronto Tankard.

The first Grand Slam of the season is the Oct. 22-27 Masters in North Bay, Ont., where Epping is the defending champion.

“This to me feels absolutely right,” Epping said. “I have no doubts that this team will have success.”