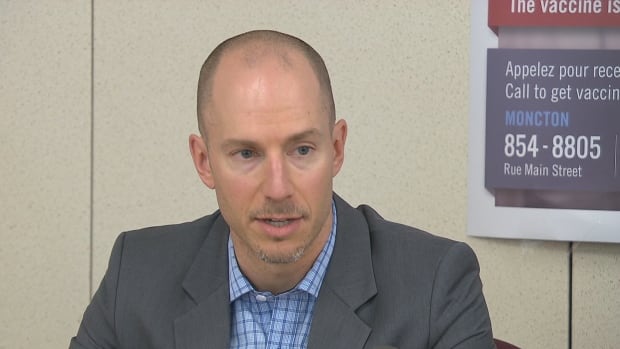 New potential areas of exposure have been identified that are linked to a confirmed case of measles in the Moncton area.

The Office of the Chief Medical Officer of Health issued a warning on Wednesday of potential exposure to an infected individual in Montreal who was in the Moncton region Sept. 19-20 before flying to Montreal.

Dr. Yves Léger, medical officer of health for the east region, said the risk to the public from the confirmed case of measles is still “probably very low.”

Léger said the office was able to contact the infected individual directly to get more information on their activity in the region, which resulted in three new potential exposure areas being declared.

“They didn’t have any symptoms during their time here in Moncton, they only starting exhibiting symptoms the day after they had left,” Léger said.

A previous alert noted the affected individual visited the Holiday Inn Express and Suites in Dieppe and the Greater Moncton Roméo LeBlanc International Airport on Sept. 19 and 20. This was based on information provided by Montreal public health officials, Léger said.

Anyone exposed could have already developed symptoms or could do so between now and Oct. 11.

Public Health says individuals were potentially exposed to the measles if they:

“Anyone who was at these locations during these times and feel they have symptoms consistent with measles should isolate themselves by staying home and avoid all contact with unimmunized people,” a press release from the department says.

“Call your health-care provider or 811 before visiting a clinic or hospital to ensure precautions are in place to protect other patients.”

Measles is a highly contagious respiratory disease that’s transmitted through the air or by direct contact with an infected individual.