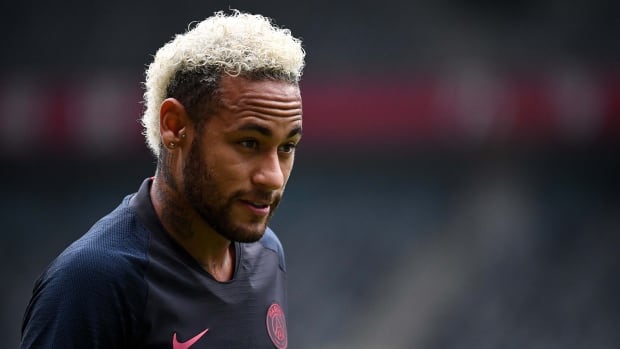 Neymar will miss the start of the French league season as Paris Saint-Germain confirmed Saturday that the Brazil star could leave the club this summer.

Neymar, who has been linked with a move to Barcelona and Real Madrid, was not included in the PSG squad that will start the defence of its league title on Sunday against Nimes.

Neymar, who reported late to training from his summer holidays, has made clear in recent weeks that he wants to leave the club and has been involved in a tense relationship with sporting director Leonardo.

Known as a disciplinarian, Leonardo returned to PSG during this off-season. He told French media on Saturday that transfer talks on Neymar with unspecified clubs are “more advanced,” although there is still no done deal.

PSG coach Thomas Tuchel said at a news conference that Neymar was not fit to play because of a knock he received during training.

Neymar became the most expensive player in the world when he moved from Barcelona to PSG for 222 million euros (about $ 250 million) in 2017. But his two seasons with the French champions have been disappointing compared to the club’s huge expectations.

Neymar, who signed a five-year deal with PSG, has missed large chunks of both seasons because of a right foot injury that ruled him out of big games. He has scored some 51 goals in his 58 matches with PSG but was unable to help the club in its quest to win the Champions League, the main reason behind his arrival in Paris.