Contrary to what you might have heard, eating tiny amounts of peanuts does not appear to help a person with a peanut allergy build up a tolerance in the real world.

In fact — according to a recent review by researchers in Canada, the U.S. and Italy — such attempts at “oral immunotherapy” might make things worse, leading to more life-threatening allergic reactions.

“The risk or the chance of having a reaction is much higher, two to three higher on [oral] immunotherapy,” said Dr. Derek Chu, a doctor and fellow in clinical immunology and allergy at McMaster University in Hamilton, who led the meta-analysis, which was published in Thursday’s issue of the medical journal The Lancet.

The idea behind oral immunotherapy, which is still experimental, is that people might build up tolerance to peanut protein by eating tiny amounts under medical supervision — working up to about a full peanut over months.

The goal is to improve a patient’s quality of life and to cut the risk of developing an allergic reaction if the wrong food is accidentally eaten.

Chu’s team reviewed the results of 12 randomized, controlled trials on more than 1,000 people with peanut allergies who either used oral immunotherapy, no immunotherapy or a placebo.

No patient died in any of the trials. That doesn’t mean it can’t happen– Dr. Derek Chu, McMaster University

Patients started off eating one thousandth of a peanut mixed with applesauce. Participants were age nine on average, and there were some adults.

The review findings showed patients could tolerate limited amounts of peanut while in the clinic, but the protection wasn’t complete, Chu said. Factors as simple as having a cold or exercising within a few hours of receiving a dose of peanut could break the protection.

The reactions ranged from mild, such as vomiting, all the way up to severe, anaphylactic reactions affecting more than one system in the body and needing treatment with epinephrine.

“No patient died in any of the trials. That doesn’t mean it can’t happen. Conversely, no patient had a cure,” said Chu, who has a peanut allergy himself. 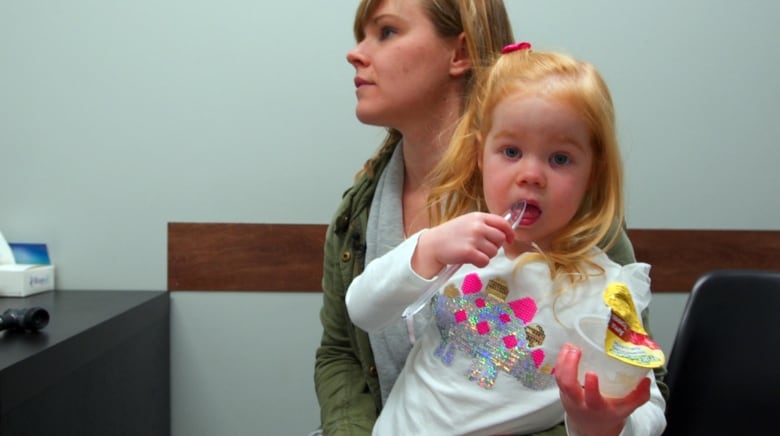 Janet Glendunning and her daughter Chloe, who is receiving oral immunotherapy in the form of nut protein mixed with apple sauce at the allergist’s office. (CBC)

As a pediatrician, Dr. Graham Roberts of the University of Southampton, U.K. treats and studies childhood allergy. He wrote a journal commentary accompanying the meta-analysis, which he called well done. His main criticism was that the study data didn’t include patients’ views about the impact of the therapy, such as on their quality of life.

With medical therapies, effectiveness needs to be traded off with adverse effects, Roberts said. He suggested peanut immunotherapy using skin patches instead of orally might be a safer option.

The researchers estimated that peanut oral immunotherapy was associated with 151 more episodes of anaphylaxis per 1,000 patients. In comparison, historically there were about 71 episodes. 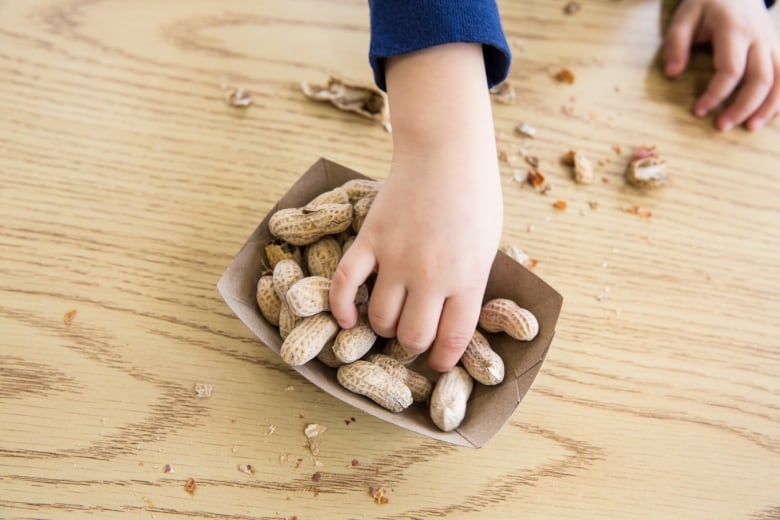 Peanut allergy is unpredictable, often lasts a lifetime, and the reactions can be severe. (Getty Images/iStockphoto)

Chloe’s allergy limits the family’s visits to restaurants and other people’s houses.

“I was very worried, and it affected every part of our life,” said Glendunning, adding she realizes it isn’t a cure. “Not having to worry is a huge reason why we’re doing this treatment.”

The advice to introduce peanut products into the infant diet to prevent cases of peanut allergy still stands.

Allergies to peanut are life-long in 80 to 85 per cent of cases and affect two per cent of children and one per cent of adults in high-income countries, according to previous studies.