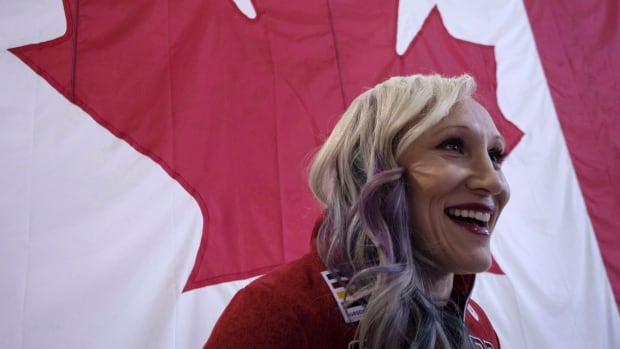 The investigation into Kaillie Humphries’ harassment complaint against her former coach and Bobsleigh Canada has been completed, with a finding that her allegations have not been substantiated, a Calgary judge heard in court Monday.

Humphries, 34, is suing Bobsleigh Canada for $ 45 million for blocking her release from the team and breaching their contract relating to athlete and coach code of conduct.

Lawyers for the athlete and Bobsleigh Canada appeared in a Calgary courtroom Monday morning for an injunction hearing.

The two-time Olympic gold medallist has asked the judge to order her release from this country’s team, which would allow her to compete for the United States.

That decision will be made Tuesday at 9 a.m. MT by Court of Queen’s Bench Justice Charlene Anderson.

‘They don’t want her’

Chowdhury said a written release from Bobsleigh Canada is required, to prevent athletes from taking advantage of one country’s training program and competing for another.

The governing body also suggested Humphries has not exhausted internal remedies and asked Anderson for a stay of proceedings, arguing the court doesn’t have the jurisdiction to hear this case. Chowdhury said Humphries must take her concerns to the Sports Dispute Resolution Centre of Canada (SDRCC) first.

But Jeffrey Rath, Humphries’ lawyer, says because her contract expired in June, those rules don’t apply.

Competing for the U.S. is Humphries’ only option, Rath argued.

“Bobsleigh Canada has made it clear they don’t want her to compete for them,” Rath told the judge.

The two-time Olympic gold medallist is one of Canada’s most decorated athletes.

A year ago, Humphries filed a harassment complaint with Bobsleigh Canada, alleging verbal and mental abuse from her former coach, Todd Hays, in the 2017-18 season. She now lives in the United States and wants to compete for that country.

According to her lawyer, Humphries was essentially “driven off” the Canadian bobsled team after filing the complaint.

If Humphries is to compete for the United State Bobsled and Skeleton Federation (USBSF) in the 2019-20 season, she needs the release letter from Bobsleigh Canada and an acceptance letter from USBSF by Sept. 30.

By allowing Hays’s abusive behaviour, the suit alleges he and Bobsleigh Canada were in breach of their contracts.

Humphries has been waiting for more than a year for the national sport organization to complete its internal investigation.

In her statement of claim, Humphries says that after filing the complaint, Hays took actions to ensure she would not compete with Bobsleigh Canada.

Humphries was not invited to training camps and was told that if she tried to compete for Canada, she’d be given an older sled that would not have been competitive or safe, according to the claim.

The document also claims other athletes were threatened with blacklisting if they worked with Humphries.

Humphries ‘has suffered and continues to suffer monetary damages in the form of loss of reputation, sponsorships, revenue opportunities including branding opportunities and economic losses,” reads the statement of claim.