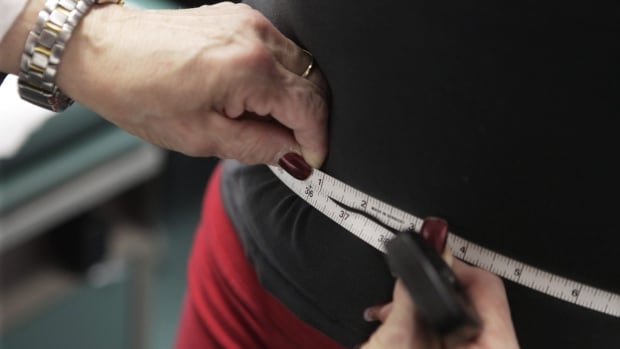 The Canadian Cancer Society estimates that just over 220,000 Canadians will be diagnosed with cancer this year. But annual figures like that don’t tell us if doctors are winning the battle.

Now a study published Monday in the Canadian Medical Association Journal has identified a worrisome trend: The incidence of cancer has been creeping up in men and women under the age of 50.

The massive study by epidemiologist Darren Brenner and colleagues from Alberta and Ontario looked at nearly 5.2 million cases of cancer diagnosed in Canada between 1971 and 2015, examining trends by age and sex.

In women, much of the increase was due to rising rates of breast and uterine cancer in younger women. In younger men, the rise was due to an increase in pancreatic cancer. Rates of colorectal and kidney cancer went up both in men and women in the under-50 age group

The researchers believe that a major factor in rising rates of cancer in young people is obesity.

It is a known risk factor for breast, colorectal, pancreatic, endometrial and kidney cancer. In the last four decades, there have been significant increases in the number of Canadians with a body mass index of 35 or higher. In the case of breast cancer, the increased incidence in young women has also been observed in the U.S. and Europe.

Besides obesity, there are other likely risk factors in young women that help explain the increase in breast cancer. These include the trend for girls to begin having periods at a younger age, as well as women who delay having their first child. Increased use of oral contraceptives is another factor. Each of these factors increases the risk of breast cancer by prolonging a woman’s exposure to estrogen.

This study is important because obesity can be managed through diet, medication and through bariatric surgery. We know that gastric bypass and other weight loss surgery can reverse high blood pressure and diabetes in patients with obesity. We need long-term studies to determine whether bariatric surgery reduces rates of cancer.

Another reason why this study is important is current guidelines do not recommend screening of younger patients for some cancers. Younger patients tend to be ineligible for provincial cancer screening programs. For instance, most provinces do not offer breast cancer screening to women in their 40s. That means there’s a greater likelihood that cancers will be diagnosed in younger people at a later stage, when they are less treatable.

If these trends continue, then the age limits for cancer screening might have to be amended.

The study did have some good news. The overall rate of new cancer cases is decreasing in men and in women between the ages of 80 and 89. The most recent trends have shown statistically significant decreases in the incidence of cancer of the cervix, lung, bladder and the prostate gland. Those results are true across most age categories.

The authors say that rates of cervical, lung, bladder and prostate cancer are going down because of steps Canadians have taken to prevent cancers.

In the case of lung cancer, that means smoking cessation programs. Chalk up lower rates of melanoma in women under 40 to decreases in sunbathing and to greater use of sunblock. Pap testing has been a major factor in lowering the rate of cervical cancer. As HPV vaccination rates go up, we can expect the incidence of cervical cancer to drop even more in the decades to come.