The "cost-effective" changes to the province's current pharmacare program are part of the Ontario Progressive Conservative government's pledge to save billions each year by finding "efficiencies" in government spending, Elliott said in a news release.

OHIP+ coverage will now focus on Ontario residents "who do not have existing prescription drug benefits" while also "saving the taxpayers money," she explained. 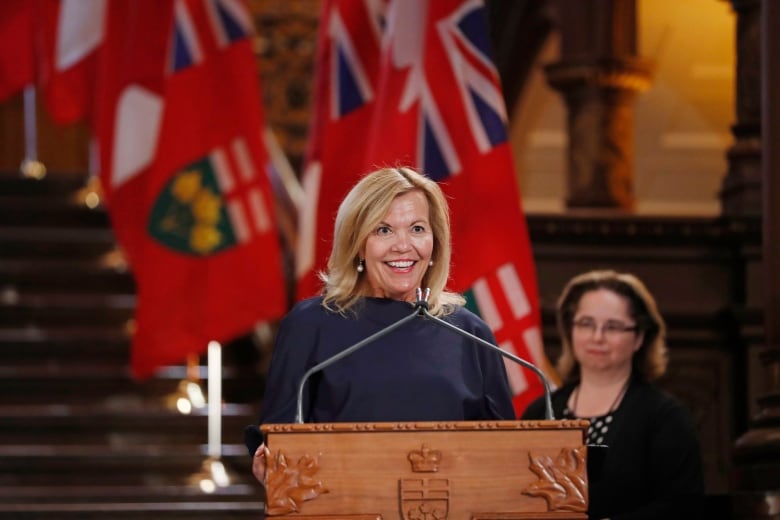 The province's current youth pharmacare program — set up by the Liberals on Jan. 1 to provide free coverage on more than 4,400 drugs to children and youth aged 24 and under — will continue to ensure that eligible Ontarians not covered by private health benefits will receive their prescriptions for free, said Elliott.

"Those who are covered by private plans would bill those plans first, with the government covering all remaining eligible costs of prescriptions," she added, noting that since private insurance plans can cover thousands more drugs than those offered under OHIP+, those aged 24 and younger will be able to access more medications.

The announcement comes a day after Premier Doug Ford and his 21-member cabinet took their oaths of office at Queen's Park, ushering in the province's first Tory government in nearly 15 years.

Elliott, a former PC leadership hopeful and long-time politician, was appointed as the minister of health and long-term care. She is also serving as Ford's deputy premier.

Meanwhile, private insurance providers gave the Liberals a grace period for some medications, which expires on Canada Day. Elliott says the PCs have asked the providers to extend this term while they work out the details of the changes.

"Premier Ford promised the people he would find efficiencies without compromising service or jobs, and we are delivering," she said.