A group of researchers is sounding the alarm over the Ontario government’s planned changes to alcohol policy, saying the relaxed rules will lead to more consumption that can bring an increase in crime, hospitalizations and even death.

The warning comes in a report from Toronto’s Centre for Addiction and Mental Health and the University of Victoria’s Canadian Institute for Substance Use Research.

Titled “Canadian Alcohol Policy Evaluation,” the report finds that until the new rules were announced, Ontario had some of the most effective alcohol policies in the country when it came to reducing harm.

However, researchers say the changes recently announced by the Progressive Conservative government — including wider availability, increased hours of sale and legalizing tailgate parties — will lead to increased harms.

Norman Giesbrecht, a scientist emeritus with CAMH and one of the report’s lead researchers, is calling for some “sober second thought” from the provincial government.

I just think there needs to be sober second thought — pardon the pun — about, what are the real implications and real costs of making alcohol more widely available.– Norman Giesbrect

He says the Tories’ proposals appear to prioritize convenience over protecting public health.

“The whole package of changes — some already implemented and some proposed — all seem to be in the direction of increasing access to alcohol,” Giesbrecht said in a telephone interview Friday.

“They all seem to be in the harm-enhancement direction, if you will.”

The government has said the new rules are meant to respect consumers by trusting them to make responsible choices.

A spokesman for Finance Minister Vic Fedeli said the province has appointed Ken Hughes, a former chair of Alberta Health Services, as a special adviser on the proposed alcohol policies.

“His experience … will inform our government’s approach, ensuring we introduce change responsibly,” Robert Gibson said in a statement Friday.

“The safe, responsible sale and consumption of alcohol in Ontario is and will continue to be a top priority for our government. We want to ensure any proposed improvements would uphold the safety and health of our communities and our roads.”

Giesbrecht said, however, that whenever governments make alcohol cheaper and easier to access, it leads to more consumption, which in turn brings more hospitalizations, deaths and alcohol-related crimes.

He pointed to previous research that found alcohol-related emergency room visits increased in Ontario after the government allowed the sale of beer and wine in certain grocery stores in 2015.

“I just think there needs to be sober second thought — pardon the pun — about, what are the real implications and real costs of making alcohol more widely available.” 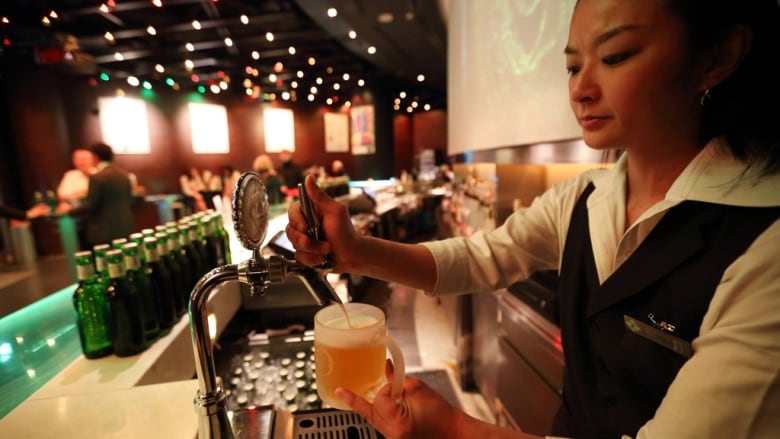 Giesbrecht warned that those costs could be “quite substantial” and include hospital beds, emergency room admissions and police resources.

“These consequences do not appear to have been taken into account in these plans,” he said.

The changes to alcohol rules were contained in the Tory budget released earlier this month.

The province will allow bars, restaurants, and golf courses to start serving alcohol at 9 a.m., seven days a week, and is promising consultations on a further increase in hours of service in the future.

The government will also let municipalities establish rules about where booze can be consumed in public, such as in some parks. Regulations are also changing to allow tailgating parties near sports events across the province.

Meanwhile, casinos will be allowed to advertise free alcohol to “level the playing field” with American competitors, and the province will loosen rules to allow licensed establishments to advertise “happy hour” promotions.

The report’s authors considered 11 different areas including pricing and taxation, physical availability and marketing and advertising against what they called gold-standard best practices for harm-reducing approaches to alcohol.

Other provincial report cards from the group awarded top grades to: