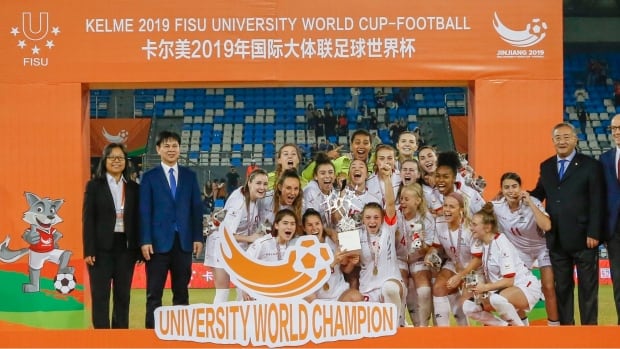 The University of Ottawa Gee-Gees women’s soccer team are international champions after claiming a FISU University World Cup title with a 1-0 victory over Brazil’s Paulista University in Jinjiang, China, on Saturday.

Mikayla Morton of Courtice, Ont., notched the game-winner during just the second minute of action with a header to the right corner that was set up by a corner kick from Halifax native Katherine Bearne.

It was the only goal allowed by Paulista University goalkeeper Fernanda Laís Delazere during the inaugural tournament.