As a pediatric allergist, Dr. Elana Lavine often advises parents to avoid peanuts, eggs and seafood. Now, she’s warning them that allergies can also be triggered by “pea protein” found in a growing number of foods.

Lavine described what happened to a two-year-old patient after eating non-dairy yogurt.

“When given the yogurt, they had a full-blown anaphylactic reaction in the aisle of the grocery store,” she said.

The girl has an allergy to peanuts and tree nuts, but her parents had no idea what caused the yogurt reaction.

Neither did Lavine. But following the yogurt mystery, she learned of other patients who’d had unexplained reactions. She gathered details of their cases and eventually identified the culprit: pea protein. 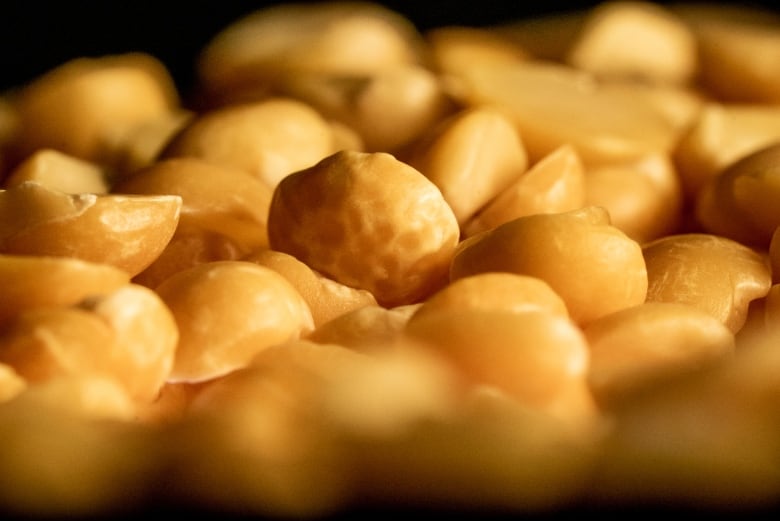 Split peas are a type of field pea grown for drying. They contain pea protein, an increasingly popular substitute for meat protein, and a potential allergen. (Craig Chivers/CBC)

The protein, which is extracted and concentrated from peas, is popping up in all sorts of products on grocery store shelves, often as a substitute for meat protein. It’s used in vegan cheeses, yogurts and milk substitutes.

Lavine estimated 95 per cent of patients with peanut allergies can tolerate peas. But for the other five per cent who can’t handle exposure to pea protein, it can be life threatening.

Lavine was so concerned about the reactions her patients described, she wrote a case study about them in the Journal of Allergy and Clinical Immunology. The yet-to-be released paper warns parents and doctors to be vigilant. 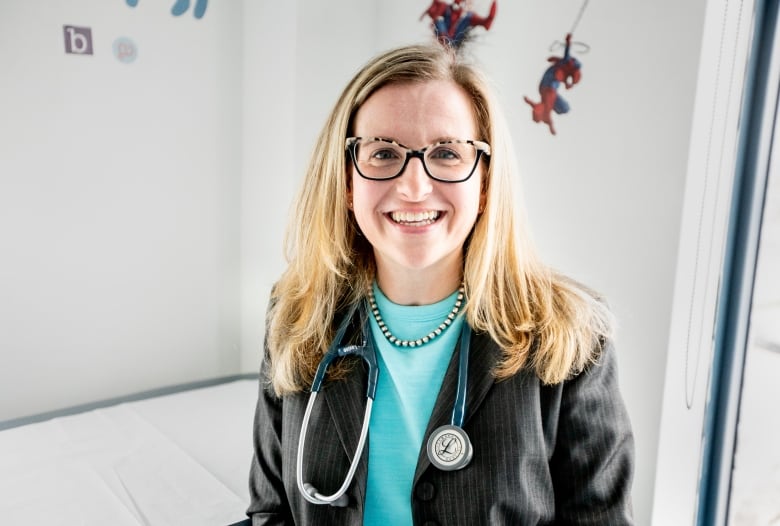 Producers consider pea protein to be a cheap, sustainable alternative to meat protein.

“There’s no doubt that the pea protein extracts are high in protein,” said Duncan, a registered dietitian. “It’s not a so-called complete protein like soy is.”

Pea protein is usually derived from yellow peas. To extract the protein, the pea is mixed with water. The fibre and starch are then removed, leaving only the protein. When the protein powder is added to foods, it’s in a concentrated form.

“It concentrates the protein from a large number of peas into a small amount,” Lavine said, and that concentration can cause a much more severe reaction than eating plain peas. 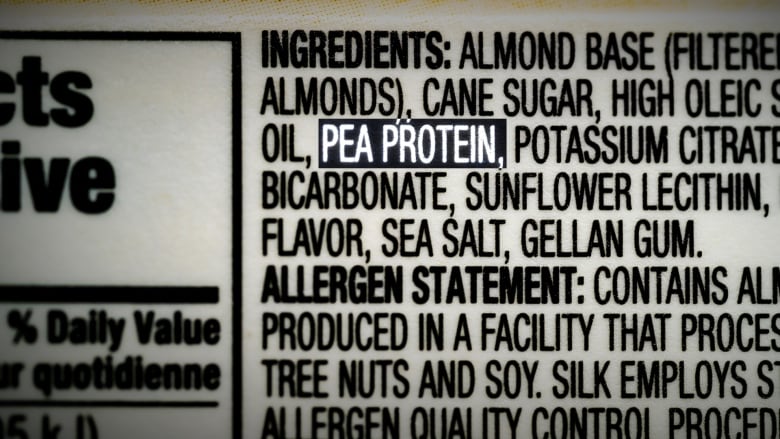 Pea protein is listed in the ingredients but it does not have to be flagged as an allergen in Canada. (CBC)

The protein is also being added to some meat and dairy products to boost the protein level, said Rotimi Aluko, a food chemist and professor at the University of Manitoba.

The use of pea protein allows these companies to increase the protein levels in their products while keeping their costs down, Aluko said.

“Pea protein has very superb function that allows the manufacturer to formulate delicious foods, and that is why it is a major component of your Beyond Burger, the plant imitation of a hamburger,” he said.

The Prairies are poised to become the pea protein capital of the world, processing companies say.

Environmentalist and Hollywood director James Cameron and his wife, Suzy Amis Cameron, have invested in an organic pea-processing plant in Saskatchewan. The French company Roquette has also announced it will build the world’s largest pea-processing facility near Portage la Prairie, Man.

Mary Campagna of Woodbridge, Ont., cooks most foods from scratch and is careful to scan ingredient lists because her 10-year-old daughter, Vanessa, is allergic to peanuts, most beans and peas.

Campagna recalled what happened when she brought home pepperoni to make pizza four years ago.

“Vanessa was eating a piece of pepperoni and then putting one on the pizza and suddenly her face swelled up.”

Campagna was able to track the source of the allergy back to pepperoni that contained pea protein.

Unlike nuts, pea protein is not labelled as a food allergen in Canada. It’s still too early to know how common the pea protein allergy will prove to be, Lavine said.

She wants to raise awareness of pea protein as a “relatively under-recognized” source of allergy.

“In the past, if a child has anaphylaxis to food there’s a certain short list of foods that might be able to explain it,” she said.

Now, physicians might need to widen their search of foods for “mystery anaphylaxis.”