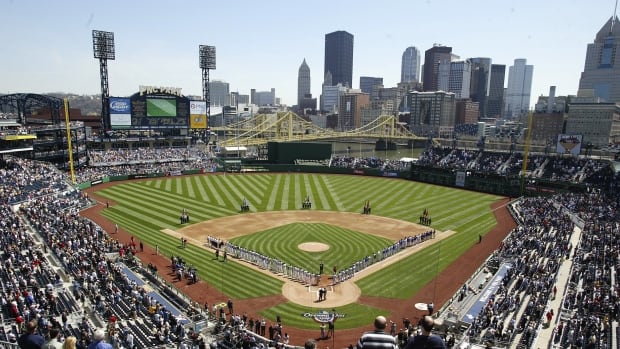 The Blue Jays are looking for a home

There seems to be some confusion out there about what happened with the Jays over the last few days and what it means. So here it is:

On Saturday, the Canadian government officially rejected the Blue Jays’ request to play their home games for the upcoming shortened season at the Rogers Centre in Toronto. This came a couple of days after a loosely worded TSN report saying the team had received “government approval” to host games at its home stadium. That report gave some people the impression that it was a done deal. But in fact, the Jays only had approval from the Ontario government, which was never in doubt. It was the federal government that still needed to give the green light — and ultimately decided not to.

Another source of confusion is why Canada won’t let the Jays play at home when it’s allowing the NHL to hold its playoffs in Edmonton and Toronto. The difference is that the NHL is setting up so-called “bubble” environments where players and staff are isolated from the general public and don’t move around. Major League Baseball, on the other hand, is having its teams play out of their home stadiums. That means the Jays and visiting teams from various American cities would have been coming in and out of Toronto over the next couple of months. That was the deal-breaker for the federal government.

So where do the Jays go now? Two places immediately came to mind: Dunedin, Fla., and Buffalo, N.Y. Both cities would allow the Jays to set up shop there, and both have their advantages, but both have drawbacks too. Dunedin is where the team’s spring-training headquarters are located, so the facility is familiar and has more big-league-calibre amenities than your typical minor-league park. But Florida is a notorious COVID-19 hotspot at the moment.

Buffalo has a low infection rate, is less than two hours down the highway from Toronto, and is home to the Jays’ triple-A affiliate. But its stadium is bush-league. The field itself is mostly fine, but major leaguers would not find the back-of-the-house stuff (clubhouses, indoor batting cages, etc.) up to their standards. Both Buffalo’s and Dunedin’s stadiums would also need lighting upgrades in order to host major-league night games. And there’s not much time to get that done.

So now the Jays are considering a stadium-sharing arrangement with another major-league team. Or teams. Judging by comments made to reporters over the weekend, this is what the players seem to want. Ideally, the Jays would play somewhere with a low infection rate that’s located in the eastern United States (all their games this season are against AL East or NL East teams).

It’s also important that the Jays’ schedule matches up well with anyone they’re sharing a stadium with. They can’t both be playing at home at the same time. For all these reasons, the Jays are reportedly eyeing Pittsburgh’s PNC Park (one of the best-looking ballparks in the game). But they’d still need to line up another stadium or two for the dates where their home games overlap with the Pirates’. Another option is hopping around between several parks, using whatever is available when the main tenant is on the road.

Whatever the Jays decide, they need to do it soon. Their first (and last) two exhibition games are Tuesday and Wednesday at Fenway Park. They open the regular season Friday night with the first of three games at Tampa Bay, followed by a pair at Washington, then the “home” opener on July 29. The clock’s ticking. Read more about the Blue Jays’ options here.

The NFL is not special

While the pandemic battered nearly every sports league in the world — cancelled games, months-long hiatuses, millions in lost revenue — the richest one remained largely untouched. Save for having to scale down its annual draft spectacle and nix off-season minicamps, the NFL has barely sacrificed anything.

This was due almost entirely to lucky timing — the Super Bowl happened about a month before the pandemic really hit North America hard, and the 2020 season doesn’t open until early September. But, given the NFL’s vast resources and the fortune at stake in making sure the games kick off as scheduled, it seemed reasonable to assume the people in charge would parlay their stroke of good fortune into developing and executing the best possible plan for playing sports in the time of COVID-19.

Instead, it looks like they squandered much of their head start. Training camps are set to open in about a week, and the league and the players are still battling over return-to-play health protocols and economic issues — just like the NHL, NBA and MLB before them. Meanwhile, the NFL still hasn’t ordered teams to play in empty stadiums — the only sensible-looking option for months now. Many teams are still clinging to the hope of partial-capacity crowds, which seems overly optimistic at best.

Odds are the NFL season will kick off as scheduled on Sept. 10. Too many people in the U.S. want it too badly to expect otherwise. But it’s clear now that this league is not the well-oiled machine many assumed (or hoped) it was. Read more about the players’ concerns and how they voiced them with a Twitter blitz here.

Patrice Bergeron is up for the Selke Trophy for the ninth consecutive time. The Bruins star has won the award, for the best defensive forward in the NHL, four times during that span — most recently in 2017. The other two finalists this year are St. Louis’ Ryan O’Reilly, who won the Selke last year, and Philadelphia’s Sean Couturier, who has never won it. The shortlist for the Norris Trophy for top defenceman was also revealed today: Tampa Bay’s Victor Hedman, Washington’s John Carlson and Nashville’s Roman Josi. This is Carlson’s first nomination, and he appears to be the front-runner after leading all defencemen with 75 points in 69 games. Read more about the Norris and Selke finalists here.

Mackenzie Hughes is on a roll. The Canadian golfer finished tied for third a few weeks ago, and yesterday he tied for sixth at the Jack Nicklaus-hosted Memorial Tournament — one of the better events on the PGA Tour. That performance, which included a 67-foot putt that Hughes drained for a birdie, earned him a spot in this year’s U.S. Open. It also lifted Hughes to a career-best 75th in the world rankings. Spain’s Jon Rahm is the new No. 1 after winning the Memorial by three strokes. Read more about Hughes and watch him sink that long putt here.

Max Domi rejoined the Canadiens. The 25-year-old forward, who has Type 1 diabetes, was given an extra week to decide whether to participate in the NHL’s restart. Domi joined Montreal’s training camp today, indicating he’s decided to play. Domi had 17 goals and 44 points in 71 regular-season games for the Habs, who open a best-of-five playoff series vs. Pittsburgh on Aug. 1. Read more about Domi’s return here.

And in case you missed it…

The National Women’s Soccer League tournament got wild. The North Carolina Courage came into the Challenge Cup as favourites to win their third consecutive NWSL title, and they breezed through the preliminary stage with a perfect 4-0-0 record. The tournament’s only unbeaten team wasn’t expected to have much trouble with Friday’s quarter-final matchup against last-place Portland Thorns FC — the only winless team. But Morgan Weaver scored in the 68th minute to lift Portland to a stunning 1-0 upset that eliminated the defending champs. And that was just one of the quarter-final surprises: No. 7 seed Sky Blue FC and the 6th-seeded Chicago Red Stars joined No. 8 Portland in the semifinals. The only favourite to advance was the 4th-seeded Houston Dash, which beat 5th-seeded Utah. Adding to the drama, the Houston, Chicago and Sky Blue wins all came via penalty shootout. The semifinal matchups (Portland vs. Houston, Sky Blue vs. Chicago) are both Wednesday, and the final is Sunday.