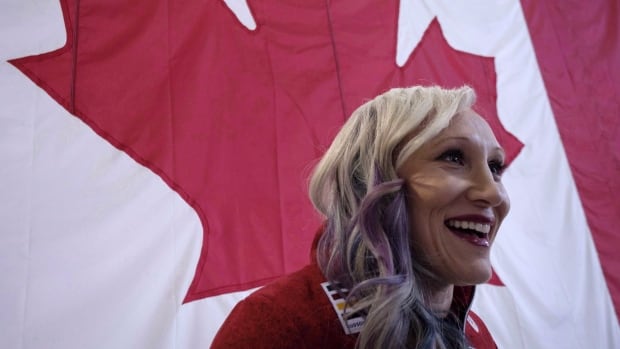 It is probably not an exaggeration to say that Canada has never had another athlete like Kaillie Humphries.

The three-time Olympian bobsleigh star isn’t just a game-changing competitor, and ground breaking female pilot, she’s also a magnetic presence for fan fascination. Almost every aspect of her career and personal life attracts notice. Humphries joins host Anastasia Bucsis to talk about all the things that keep her at the top of sliding sports fans attention.

First of all, there’s her relationship with brakeman Heather Moyse. They were not racing together at Pyeongchang in 2018, but the partnership obviously still occupies a great deal of her introspection time. Humphries calls brakeman-pilot relations ‘arranged marriages’ — a description which works on many levels. Sled mates may be very different types, and love is not essential, but they are yoked together, and bonded in a common purpose.

All has not been cool runnings for Humphries post 2018 Olympics, either. She slipped into a significant depression during the off season, which she is really only recently clawing her way out of. Humphries links the downturn to a harassment claim that she has launched against her sport federation.

Listen to Humphries on Player’s Own Voice podcast

Humphries is always thoughtful about the matter of representation — as a fierce female in a traditionally male-dominated sport. Sometimes she lets her tats do the talking, and when all else fails, there’s always good old kicking ass and taking numbers on the track.

Like the CBC Sports’ Player’s Own Voice essay series, POV podcast lets athletes speak to Canadians about issues from a personal perspective. See and read about Kaillie’s phenomenal tattoos here.  To listen to Kaillie Humphries or last week’s guest, Diana Matheson, or the first two guests this season, Brian Burke and Tessa Virtue, or to listen to all the athletes from Player’s Own Voice season one, subscribe for free on iTunes, Google Podcasts, Stitcher, Tune In or wherever you get your other podcasts.