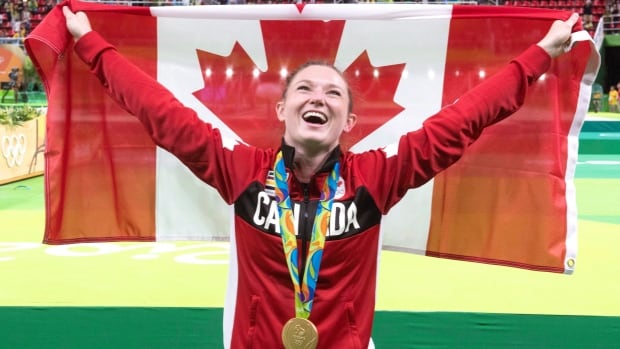 Canada’s Rosie MacLennan is the only person to have won consecutive Olympic gold medals in trampoline.

The way she sees it, that’s history in both senses of the word. So when it comes to MacLennan’s approach to Tokyo 2020, call it a threepeat if you want but history won’t change her plan to be the best she has ever been on trampoline.

MacLennan is proud that many young athletes joined the sport because of the example she set. She tells Player’s Own Voice Podcast host Anastasia Bucsis about her work with Right to Play, The Gist, and other female sport initiatives. The involvement goes well beyond lending her name to good causes. MacLennan recently earned a master’s degree focusing on athletes’ rights and responsibilities, and she plows into the work with serious purpose.

MacLennan is also persuasive on the matter of physical literacy in Canada’s schools. She’s at the peak of her game, in every sense. The concussion she suffered in 2015 is no longer a problem and a recent foot fracture is healing nicely.

MacLennan has written about her recovery from injury for CBC Sports’ Player’s Own Voice essay series,

To listen to Rosie MacLennan and earlier guests this season, subscribe for free on iTunes, Google Podcasts, Stitcher, Tune In or wherever you get your other podcasts.