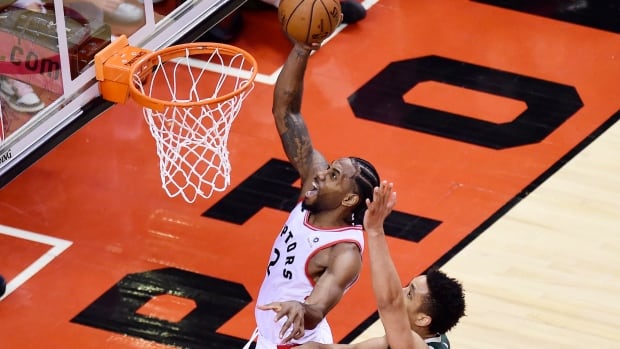 The Raptors won their first Eastern Conference Finals game against the Milwaukee Bucks Sunday night in Toronto after the game went into double overtime.

Kawhi Leonard scored 36 points, including eight in the second overtime period, to lift the Raptors to a 118-112 thrilling victory over the Milwaukee Bucks, throwing Toronto a lifeline in the Eastern Conference finals. Leonard also played a career high, 52 minutes in last night’s game.

“We played with a much tougher mindset,” Raptors coach Nick Nurse said. “We were kind of gritty and we didn’t really have much choice there. Those guys had to roll those minutes and they kept on playing and fighting and doing everything they could to keep us in the game.

The Raptors are expected to hold a press conference at the OVO Athletic Centre in Toronto on Monday at 2:30 p.m. ET.

The team will meet the Bucks on Tuesday again in Toronto for Game 4 in the best-of-seven series. Milwaukee is currently leading 2-1 in the series.