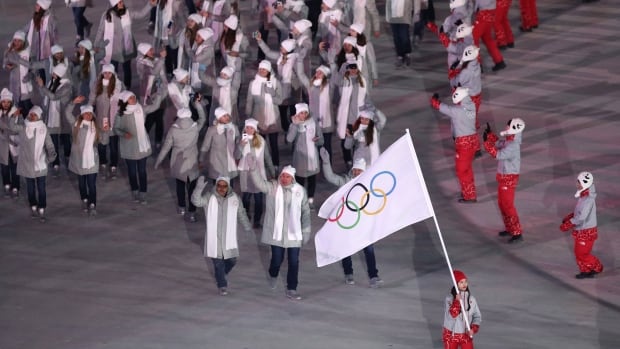 The chances of the Russian flag flying at next year’s Olympics took a potentially lethal hit Friday when anti-doping regulators recommended the country be declared non-compliant for tampering with data that was supposed to help bring the entire cheating episode to a close.

The World Anti-Doping Agency (WADA) announced its compliance and review committee delivered the recommendation to the agency’s executive committee, which will discuss it on Dec. 9.

If the executive committee agrees to declare Russia’s anti-doping agency non-compliant, it will set in motion a process that could end with Russia being booted from the Tokyo Games.

This marks the latest chapter in a scandal that began before the 2014 Sochi Games, when Russian officials designed a scheme to allow their athletes to dope without getting caught by substituting urine samples taken after competition with clean ones stored from earlier.

Under rules written in the aftermath of that scheme, the Russians could appeal any sanction to the Court of Arbitration for Sport.

The International Olympic Committee (IOC) would have to abide by the decisions from WADA or the court, though its president, Thomas Bach, said earlier this week he was not in favour of a total ban.

Muddling the case even more are a pair of dueling rulebooks — one currently in effect, the other supposed to go into effect in 2021.

The rules currently in place offer no leeway in the case of a “critical” violation, the likes of which is confronting Russia. They read: “The athletes … representing that country … will be excluded from participation in or attendance at the Olympic Games … for the next edition of that event, or until reinstatement [whichever is longer].”

The rules scheduled to go into effect in 2021, however, say athletes “may” be excluded from major events “other than the Olympic Games.”

At the last Winter Games, the IOC banned Russia as a country but allowed 168 Russian athletes to compete under the banner “Olympic Athlete from Russia.” A similar arrangement could be made for Tokyo.

The news, delivered late Friday, came hours after track’s governing body said it was reviewing whether to continue with such an arrangement in that sport after new charges that senior officials in the country’s track federation faked medical records.

In the WADA case, the sanction would be directed at Russia’s anti-doping agency, which has been revamped in the wake of a scandal that investigators showed was directed by government authorities.

RUSADA’s current leader, Yuri Ganus, has been bracing for such a decision and urging his own government to come clean, and help stamp out the embers of a scandal that has gone on for 5 years and now threatens an entirely new generation of athletes.

WADA lifted RUSADA’s earlier suspension as part of an agreement that it would receive the data, only to later discover it had been tampered with, and that the tampering did not appear random.

WADA said it had built more than 40 cases based on data that had not been tampered with, and corroborated information brought to the agency via whistleblowers who unearthed the case.