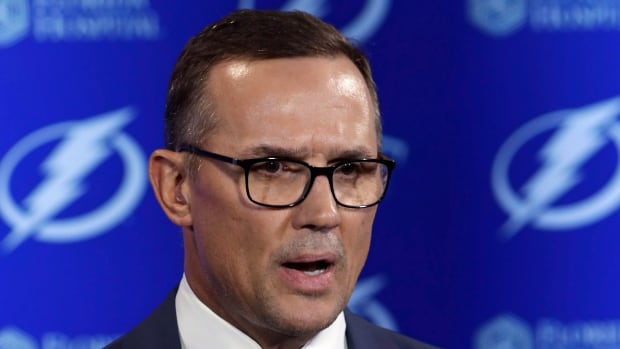 The Detroit Red Wings have scheduled a news conference on Friday afternoon where — according to multiple media reports — it is expected the team will name former captain Steve Yzerman as their new general manager.

JUST ANNOUNCED: The <a href=”https://twitter.com/hashtag/RedWings?src=hash&amp;ref_src=twsrc%5Etfw”>#RedWings</a> will hold a press conference today at 3 p.m. EST with Christopher Ilitch, Steve Yzerman and Ken Holland. <br><br>Watch live on <a href=”https://t.co/JeI97PrF2L”>https://t.co/JeI97PrF2L</a>, the Detroit Red Wings Facebook page and the Detroit Red Wings Twitter page.

Yzerman won three Stanley Cups with the Red Wings over his playing career before transferring to the front office to work as an assistant to current Red Wings’ GM Ken Holland.

Yzerman left Detroit in 2010 after accepting a GM position with the Tampa Bay Lightning.

He stepped down from that role in September of 2018, citing family reasons. He continued on as an adviser to the Lightning, who were swept out of the playoffs in the first round last week — despite tying the 1995-96 Red Wings’ regular season win record of 62.