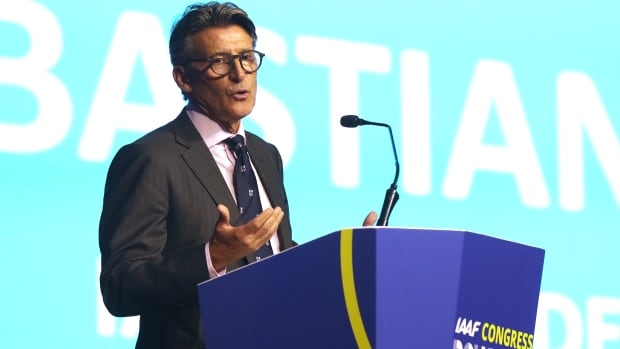 Athletics, or track and field, as we more commonly refer to it in North America, is the most universally practiced sport on the planet. At some point in their lives the vast majority of human beings run, jump or throw.

As such, the elite sport of athletics is the foundation of the modern Olympic Games. It dates back to ancient times. The credo of the Games is based on track and field.

Sebastian Coe is the president of the governing body of track and field, the International Association of Athletics Federations, (IAAF), which has just rebranded itself as World Athletics because, as Coe suggests, track and field has to be more “accessible” and “understandable” to young people.

He is matter of fact about the change.

“I think we have to be brave about this,” he said in our conversation the other day.

“We must be making sure that we look like the world that young people live in without losing any of our philosophy. Our activity is sport but our business is entertainment and we have to keep a balance.”

WATCH | Attendance an issue and track and field championships:

The performances at these IAAF World Championships have been exceptional and the venue and presentation state of the art – but where is the crowd? CBC Sports Anson Henry discusses the issue and the effect on the athletes. 2:16

And so while Coe, who has been at the rudder of his sport since 2015, is a traditionalist and determined to safeguard the core values of athletic endeavour, he is also a progressive who realizes that inclusion, globalization, and gender equity are front burner issues in today’s society.

It’s why he supports the mixed gender 4x400m relay which made a debut at the world championships in Qatar and will also be included on the Olympic program in Tokyo.

It’s also why he defends the choice to bring the championships to Doha and the Middle East for the first time in spite of the overwhelming heat and early, lukewarm, fan response.

“Our job is to bring the sport to as many people in the world as we possibly can,” he reasoned. “You can’t say you’re not interested in going someplace just because somebody on Trip Advisor says it’s hot there.”

Coe thinks about things and as a two-time Olympic champion in the 1500-metre race as well as one of the greatest middle distance runners of all-time, he packs more than a little street cred. He’s not afraid to take a stance to protect what he believes is “the greatest sport in the world.”

“I find in global sport today there are those who look the other way or wait for others to make the decision,” he pointed out.

Meaning the IAAF, under his leadership, has confronted issues which are not comfortable and sometimes the rules they’ve made are not popular.

Cheaters will not be tolerated

On the Russian Federation’s ban from international competition, which the IAAF instituted in 2015 after evidence of state sponsored doping in that country, and which has been extended in light of recent transgressions, Coe is resolute.

He believes in the establishment of the IAAF’s integrity unit and removing politics from the anti-doping process as well as showing athletes that the cheaters will not be tolerated.

“On Russia for me it was clear cut. We had over 140 positive tests in about four years. We had the dreadful report from WADA. In fairness it was the only decision we could take and it was the right decision,” he said.

“There’s a belief now amongst our athletes that they will be treated the same way no matter where they come from.”

The most sensitive controversy the world of sport has confronted is the situation surrounding athletes with DSD, or Differences in Sexual Development.

These are female athletes with the XY chromosome, high testosterone levels, and androgen sensitivity. The IAAF has instituted regulations, which prevents those athletes from competing in events ranging from 400m to one mile unless they reduce their testosterone levels with pharmaceuticals or alternatively, choose to race at other distances.

‘I will get criticism for saying what I’m saying’: Tim Hutchings supports IAAF in Caster Semenya controversy 1:15

The focus of this debate has centred on South African world and Olympic champion Caster Semenya who is absent from these world championships and who, along with the government of her country, continues to challenge the regulations before the courts.

In the meantime Coe defends the stance of the IAAF

“Those athletes with DSD do have a dramatic advantage over the vast range of athletes,” he said.

“But I recognize we live in a global society and I don’t think the attempt to create an inclusive pathway and one which embodies fairness are mutually exclusive. I’ve always tried to find a navigable path for athletes to remain in sport.”

Coe is steadfast in believing that the IAAF regulations in this case are not meant to exclude athletes with DSD but instead to find a way for them to compete in events where their presence does not create a playing field which is anything less than level.

WATCH | Why isn’t Caster Semenya at track and field worlds?:

In yet another chapter in Semenya’s battle against the IAAF, the reigning 800-metre champion will miss the chance to defend her title at the 2019 track and field worlds. 1:53

He won’t mention Semenya by name nor does he point out that there are other athletes directly affected by the regulations, namely the Olympic silver and bronze medalists in the women’s 800, Francine Niyonsaba of Burundi and Margaret Wambui of Kenya, who are also absent from these championships in Doha.

“These regulations were never aimed at an individual. They were certainly never aimed at a country or a continent,” Coe said referring to criticism that the IAAF was singling out Semenya or athletes from Africa.

“I want athletes who find themselves in that position to be able to compete,” he continued. “I don’t want them outside the sport I want them inside the sport with a navigable solution. It’s not the perfect solution but it is a solution to keep them in the sport.”

And he added that track and field under his stewardship would not shy away from facing the issue head on.

“We’re prepared to make tough decisions as unpopular as they may seem at the time. You cannot please everyone all the time.”

End of an era

Finally Coe, true to his background as an athlete, is prepared to go the distance. During the years of Usain Bolt’s dominance as the world’s fastest man, international track and field enjoyed a period where the sport basked in the spotlight based on the Jamaican’s incredible popularity.

Now that Bolt has run his last race, there is a new brand to build and the ensuing challenge of forging a connection between a fresh generation of stars and a more diverse audience than ever before. Coe has just won a new mandate as he has been acclaimed as the president of World Athletics into the foreseeable future.

Canadian sprinter Andre De Grasse is the only male sprinter at this years IAAF World Championships to win medals in both the 100 metres and the 200 metres, a rare and challenging accomplishment. CBC Sports’ Anson Henry analyzes this feat and what it entails. 3:06

He’s optimistic that track and field will prosper with the emergence of talented, young athletes like Canadian Andre DeGrasse, Noah Lyles of USA, Great Britain’s Dina Asher-Smith, and the Norwegian hurdler Karsten Warholm

“We’ve got more than we need actually,” Coe reckoned.

“I don’t think I can remember a time when I’ve been more excited about the pipeline of athletes and their absolute God-given talents that are coming through. It’s a very healthy position to be in. Yes, we love Usain Bolt and he will forever be totemic in our sport but, that said, it’s quite healthy for our sport to not be relying too heavily on one person.”

Sebastian Coe, unlike many administrators in the athletic world, is under fire constantly because track and field is at the forefront of the sometimes fractious and divisive evolution of sport.

He won’t apologize for taking a stand to protect what he ultimately believes is an honourable pursuit. “I’m not worried about competing with other sports,” he concluded.

And that, in the end, seems to be Seb Coe’s mission in life, which he is determined to achieve.